Bonding with Faith
Preparing for the ascension

Make Sunnydale a place for demons and vampires in return for 100 years of ageless youth. (Succeeded)

Complete the ascension to become a godlike demon and rule the world. (Failed)

Mayor Richard Wilkins is a major antagonist in the Buffyverse, appearing as the secondary antagonist of Buffy the Vampire Slayer and a posthumous antagonist in Angel

He was responsible for masterminding a long-running plot that ultimately climaxed in him ascending into a demonic Old One - a gigantic snake-like demon that proceeded to attack and kill the student body of Sunnydale High during their Graduation but was killed by Giles via Buffy, being lured into the school - which had been filled with explosives, thus blowing the monster up and ending his reign of terror.

He was portrayed by Harry Groener.

Mayor Richard Wilkins was once an ordinary human who came to Sunnydale in the past looking for gold. He stumbled across a group of demons and made a pact with them in order to save his own life — stating he would found a town on top of the Hellmouth in order to give demons, vampires and other supernatural evils a place to spread and in exchange the demons granted him immortality that would last for 100 years after the founding of Sunnydale — after which he would be rendered mortal again and lose his chance to “ascend” into a demon himself.

So it was that, for the next hundred years, Mayor Richard Wilkins ran Sunnydale as Wilkins I, II and III — while pretending to be the son of the last mayor in order to avoid detection each time. He also began to stop having romantic affairs after his wife aged and died while he remained immortal, although he grew to have a strong attachment to the rogue Slayer Faith in the series. This was seen as a more paternal instinct than romantic, however, because he treated her more as a daughter than a potential spouse.

Unlike most of Buffy’s enemies Wilkins was polite, obsessively clean and refused to swear; even when he was trapped in the school and about to die, he simply said “Well, gosh.”

He was also probably a fairly good mayor in practice, keeping Sunnydale nice and ordered; but on the inside, he was a man who was capable of great evil, and ultimately his darkness would be revealed for all the town to see when he became a demon incarnate.

Even before his ascension, Wilkins shows his evil side when he tried to smother Buffy in her hospital bed in revenge for stabbing Faith, as she’d been brought there after Angel had drank her blood, as Faith’s blood was unavailable; luckily for Buffy, Wilkins was scared off by Angel before he could succeed in this attempted murder.

Mayor Wilkins was the first “Big Bad” in Buffy who wasn’t a vampire and was popular amongst fans because of his great power and unique personality for a Buffy villain — up until the final battle, Wilkins was invulnerable to harm and as such was one of Buffy’s more powerful enemies. During his ascension he blocked out the sun, allowing a small army of vampires to rise to his aid; in addition to all this, Wilkins was an accomplished sorcerer who had in-depth knowledge of the dark arts.

In the end, Mayor Wilkins turned into the demon Olvikan, who ate Principal Snyder and killed Larry with his tail. He was killed when Giles blew up Sunnydale High.

Sometime after his death, his image (human-form) was utilized by the First Evil to taunt Faith later in the series.

Mayor Wilkins is a charming and polite man who often keeps a calming persona regardless of the situation, even when being attacked he rarely loses his calm. He makes it clear he hates foul language and will keep his word at any cost even warning an associate when he makes the comment of "doing him a favor" when he unintentionally killed a demon Wilkins had to make a tribute to. Despite all his cruelty to uphold his end he does genuinely believe in the betterment of society and family values, even believing that the world would be better off under his rule.

One of his defining relationships was with Faith who he loved like a daughter, when Faith ended up in a comma Wilkins risked ruining his chance to "ascend" to try to avenge her by publicly trying to kill Buffy Summers even losing his cool to the point he for the first time used foul language to call her a whore. Even after ascending he showed he cared for Faith as when Buffy used the knowledge that she nearly killed with the knife he gave Faith he flew into a blind rage. 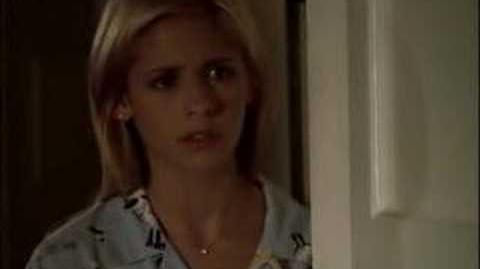 The Mayor (Buffy the Vampire Slayer)