Get rid of Mayu for being an obstacle in her marriage (succeeded).

Mayu's Mother is a minor antagonist in the Elfen Lied manga and anime series. She is the abusive mother of Mayu, and she and Mayu's step-father are the reasons why Mayu ran away from home.

Nothing is known about Mayu's birth-father, or exactly how long Mayu's mother was without a husband. In a flashback, and never revealed to the other characters she comes to live with, Mayu remembers meeting her new step-father, who soon begins to sexually abuse her. Unable to bear any more, Mayu told her mother what was happening.

To Mayu's shock, her mother neither disbelieved her nor urged her to keep quiet about this matter. Rather, she expressed bitter jealousy towards her daughter, decrying her as the reason her new husband was not paying attention to her. Driving home from her selfish point of view, Mayu's mother told her that, were she to simply disappear, no one would care. That same night, when the step-father attempted to rape Mayu again, she fled her mother's home, never to return.

Mayu was eventually taken in by two college students, Kouta and Yuka, and stayed with them in a former restaurant called Maple House. While she was reluctant at first to reveal where she had lived (and again, never her full past), eventually, the young couple persuaded her to let them contact her mother, so that Mayu could attend a school in their area. To their dismay, the mother signed away effective custody of Mayu without discussion, deeply raising their suspicions of her. However, out of respect for Mayu, Kouta and Yuka did not press this matter, basically becoming Mayu's parents for all intents and purposes. For a time, the abuse and betrayal she had suffered in her old homemade Mayu suspicious of her guardians, in particular, Kouta, who she caught in a typical harem-anime compromising situation with the child-like Nyu (the alter-ego of the series' main character, Lucy). Mayu's parents was not seen or heard from after signing away custody.

As with many minor (and some major) characters in Elfen Lied, next to nothing is known about the mother's name, appearance, or subsequent fate in the series, or whether her marriage endured after her daughter left, with the stepfather's possible true aim in marrying her thwarted.

Two things are clear. Mayu was better off in her new home, and that, while her step-father is the one who abused her, only her mother could betray her. While far from the worst mother in fiction or anime, she will likely always have a relatively high place on that list.

She and her husband's fate were left unknown after Mayu had her freedom and free from her abuse. 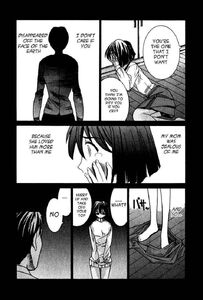 Mayu is struck by her mother's after trying to ask for help because of the step-father's sexual abuse. 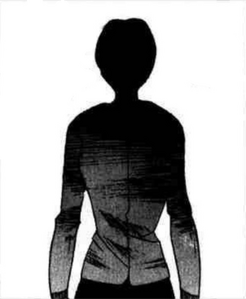