Captain of the 13th Division

Head of the Research Institute

Acquire test subjects.
Proven himself to be better than Kisuke Urahara.

Mayuri Kurotsuchi is one of the primary antagonist from the Bleach Manga and Anime by Tite Kubo. He serves as a villainous protagonist in the "Soul Society" arc, and acts as an anti-villain for the remainder of the series.

At some point he committed a serious crime that caused him to be imprisoned in Maggot's Nest. However, Kisuke Urahara freed him so he could be the vice-president of the Research Institute. When Urahara was tricked by Sosuke Aizen and was banished, Kurotsuchi became the head of the research institute. He also eventually became the captain of the 12th Division.

Mayuri started the Nemuri Project, in which he created artificial beings called Nemu. He also started researching Quincies, and captured one of the last Quincy, Soken Ishida, to experiment on and murder.

Kurotsuchi was present at the Captain's meeting, and scolded Gin Ichimaru for not killing the Ryoka (invaders). He wanted to find information about the Ryoka and tried to torture Ikkaku, but was stopped by Kenpachi.

Later he tracked down Uryu Ishida and Orihime Inoue. He tried to kill them by forcing his own squad members to act as suicide bombers. When he saw how Orihime deflected the attack, he tried to capture her for experimentation. However, Uryu intervened and they battled.

During the fight, Kurotsuchi viciously abused his lieutenant/daughter, Nemu, which enraged Uryu. He also revealed to Uryu that he captured, tortured, and killed his Grandfather. After he realized that Uryu was especially talented, he planned on capturing and experimenting on him as well.

Even though he managed to fatally poison Uryu using his Bankai, Uryu managed to defeat him. However, Kurotsuchi escaped by turning into liquid. Nemu was grateful that Kurotsuchi was still alive, so she gave Uryu the antidote. Later, when it was revealed that Aizen was a traitor, Kurotsuchi declined to get involved.

Kurotsuchi appeared in Hueco Mundo to battle the Arrancars. He assisted Uryu and Renji in battling Szayel Aporro Granz. Szayel Aporro managed to destroy Kurotsuchi's organs, but Kurotsuchi managed to implant himself with fake organs. Szayel Apporo recreated himself inside of Nemu but this dosed him with a chemical inside of Nemu's body. This was a chemical that made a moment seemed like a hundred years, so when Kurotsuchi stabbed him, it felt like a hundred years of pain. He then berated Szayel Apporo for seeking perfection, claiming that a scientist should never be interested in perfection. Kurotsuchi later opened the Garganata, which allowed Ichigo to return to the human world from Hueco Mundo. He started doing research in Hueco Mundo.

Kurotsuchi and the research division, found out that Hollows were disappearing from Hueco Mundo, and suspected that Quincy were responsible. He had thousands of citizens of the soul society killed to correct for the imbalance of souls. When the Quicy began destroying Bankai, Urahara and Kurotsuchi were forced to work together in order to correct the problem. He and Nemu battled against the Quincy Giselle Gewelle and Bambietta Basterbine. To aid himself and the Shinigami, he resurrected several Arrancars which he had taked from Szayel Apporo's lab. When Hitsugaya was possessed, he battled and killed Kurotsuchi. However, Kurotsuchi was able to turn back time to before he was killed and paralyze Hitsugaya. Kurotsuchi was able to free the rest of the possessed Shinigami and kill Giselle. When battling Pernida, Kenpachi's body was being warped, and Kurotsuchi paralyzed him in order to save him. Nemu sacrificed herself to defeat Pernida and save Kurotsuchi. Kurotsuchi was surprised that Nemu's programming of self-evolution allowed her to cause to her own destruction.

Ten years later, Kurotsuchi has created another assistant, Nemuri. He and a few other captains investigated some lingering reatsu of Yhwach. 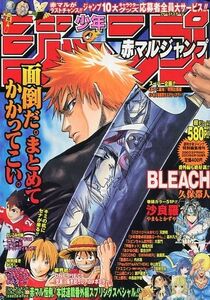