Monster
Me-Badjisu-Ba, labeled by the police as Unidentified Life Form #14, is a member of the Me Group of the Gurongi and an antagonist in episodes 7 and 8 of Kamen Rider Kuuga.

He was played by Shu Kawai. When he returned in Decade he was voiced by Katsumi Shiono.

Badjisu was first of the Me Group to join the game. He used the stingers on his wrists to shoot at people from in the sky. Kuuga soon shows up to intervene, causing Badjisu to flee, leaving behind his bracelet as Kuuga chased after him.

Badjisu resumes his game once he gets a new bracelet and heads for the beach to kill Yuusuke as revenge. However, he winds up instead being killed Kuuga when he uses his Pegasus Form to destroy him.

Badjisu was capable of flying at speeds up to 200 km/h. He had a bracelet that he could use to kill people by stinging them with a substance that caused them to die of an anaphylactic shock. 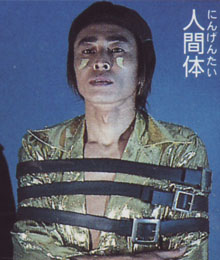 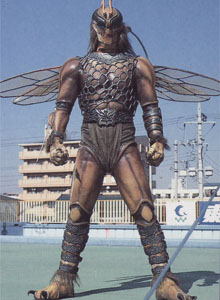 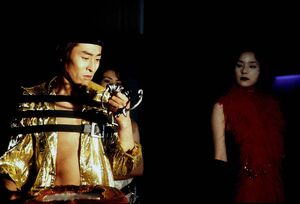 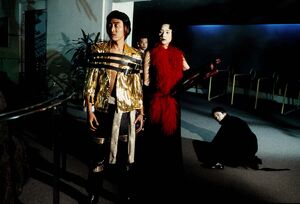 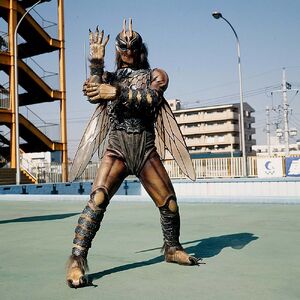 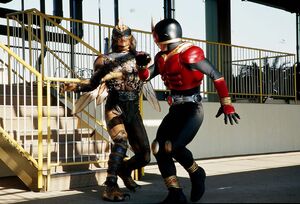 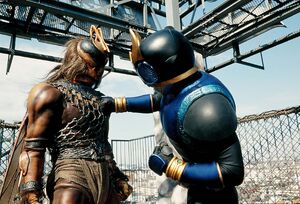 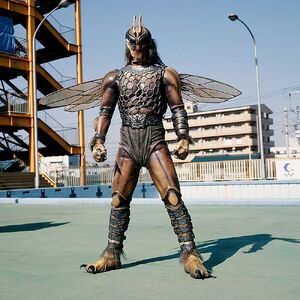