Leader of the Me Group of the Gurongi

Killing people for the Gegeru

Monster Master
Me-Garima-Ba, labeled as Unidentified Life Form #36 by the police, is the leader and only female member of the Me Gurongi Group and a major antagonist in Kamen Rider Kuuga.

While Garume begins his game, Garima received a double bladed scythe/lance as the Go arrive and she was with on a train at the Yuchashou Station, killing those in the 4th cabin as the others left.

Deciding to continue playing as one of the Go, she tracks down the remaining the 288 who left the train prior and strikes them down with her weapon, her victims unaware of their death until they look back to face her. When Kuuga attempts to fight her in Titan Form on the Gouram, Garima manages to endure the Try Gouram Attack and escape in the confusion, wounded but able to continue the game with use her scythe-katana.

She about to kill Sakuraro when Yuusuke arrives to her aid, assuming Rising Titan Form and runs Garima through with a Rising Calamity Titan.

Me-Garima-Ba was revived as part of the Dai-Shocker army. Later, Rider Hunter Silva of Dai-Zangyack and Doktor G of Dai-Shocker overthrew their respective leaders and joined forces to destroy the Kamen Riders and Super Sentai. In the ensuing fight against the combined forces of the Sentai and Riders, she is seen fighting Red Flash.

Me-Garima-Ba was one of Amadum's monsters in the world within the Magic Stone. She was part of the group of monsters that tried to capture the boy and girl along with the Rider Rings they were carrying. They ended up fighting Kamen Riders Wizard and Beast, who also intended to take the Rider Rings to prevent the monsters spilling out into the prime world. The boy proceeded to summon Hibiki, Kiva, and Den-O, then Kuuga, Agito, and Blade to fight both the monsters and Wizard and Beast. When the children called to the sky for help, Kota Kazuraba heard them and appeared in their world as Kamen Rider Gaim. He proceeded to take on all the monsters by himself, finishing them off before introducing himself as Gaim.

Me wields a double-bladed katana which she is capable of slashing at superhuman speeds. 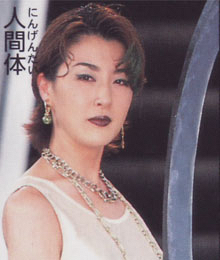 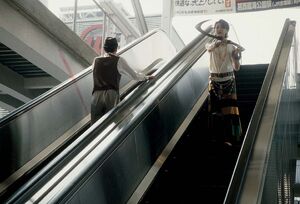 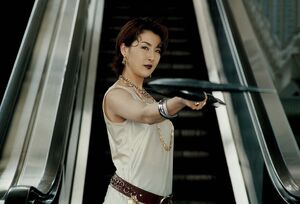 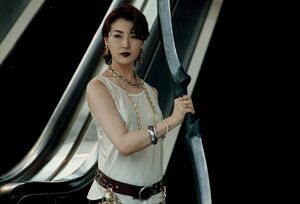 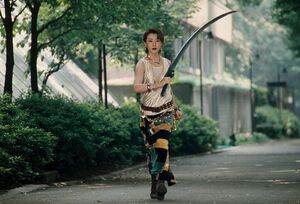 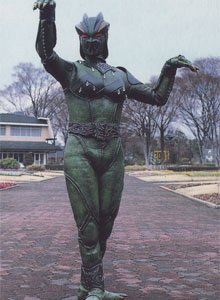 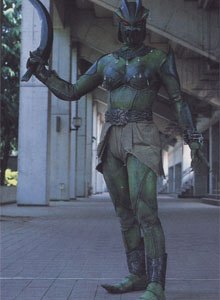 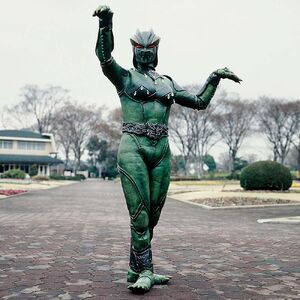 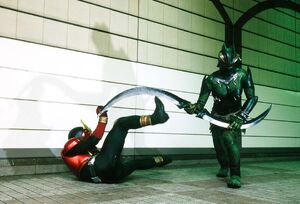 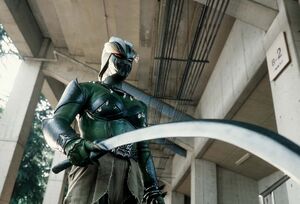 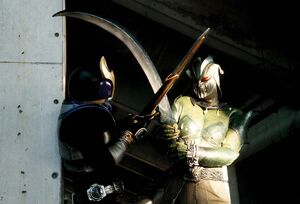