Monster
Me-Gyarido-Gi, labeled by the police as Unidentified Life Form #24, is a member of the Me Group of the Gurongi and an antagonist in Kamen Rider Kuuga.

He was portrayed by Nao Ishibashi.

Stealing a truck from one of Me-Giiga-Gi's previous victims, Gyarido uses it to commit mass vehicular homicide. With assistance from Gouram, Kuuga catches up to Gyarido and forces him out of the truck with his Dragon Form, prompting Gyarido to retreat through the sewers.

Gyarido later steals a new truck and resumes his vehicular killing spree until Kuuga goes after him in the Try Gouram, knocking the truck down while killing the Gurongi in the process.

Me-Gyarido-Gi possessed a blade on each wrist which he could use for melee combat and a chain for restraining enemies. 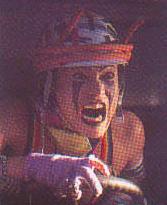 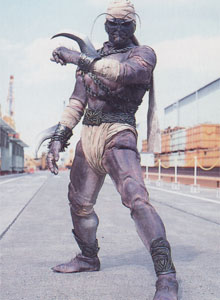 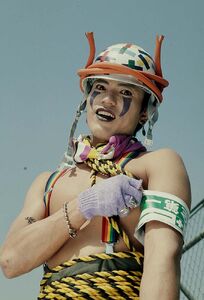 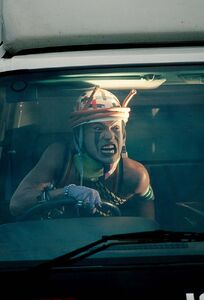 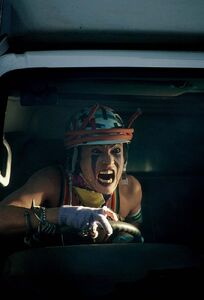 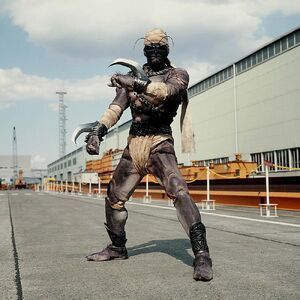 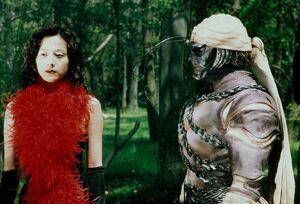 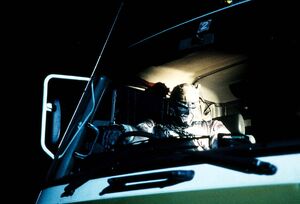 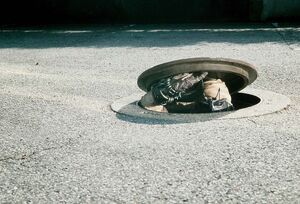