Meeko Ghintee is a Muttani criminal who is wanted for many crimes after the Battle of Naboo and a major antagonist in Star Wars: Bounty Hunter. He was well known for rigging borhek games and other crimes.

Meeko was known to rig beast competitions by controlling them with a remote control. He has also has been imprisoned multiple times. But, Meeko never learned a lesson after his release.

Some time after the Battle of Naboo, Meeko was wanted on several charges on murder, theft, and assault and became one of the most wanted men. He was brought in but later escape and took the Longshot and headed to Outland Station. However, Jango Fett tracked Meeko and was prepared to fight him. Meeko managed to escape Jango by ordering his remote controlled borhek to attack him. Jango defeated the borhek and resumed his chase for the criminal. Meeko piloted the Longshot and fought Fett. In the end, Jango came out victorious and delivered Meeko to custody alive and collected the reward on Meeko.

Meeko returned to prison and serves another life sentence. Jango arrived on Oovo IV for his search for Komari Vosa. Meeko saw an opportunity to escape and signed to become a work crew member and escaped prison. But Jango encountered him and Meeko began firing at Jango. Meeko failed to kill the bounty hunter and was killed by Jango. 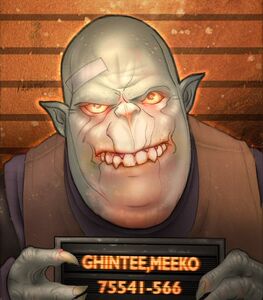 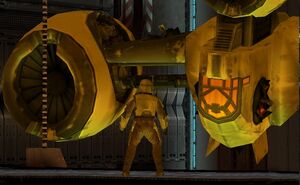