Man of the Beginning of Planet Megahex

Assimilate all life into one entity.

Megahex is the primary antagonist of Kamen Rider Drive & Kamen Rider Gaim: Movie War Full Throttle. He was originally a member of an unknown alien race until, in response to the Helheim Forest invasion, he became the race's Man of the Beginning and used his wish to assimilate his entire planet and all life on it into one entity. Since then, Megahex has been assimilating other worlds.

Megahex initially attack the planet of Helheim, fighting Kouta and capturing Mai. After learning about Earth, however, he directs his focus to assimilating it. Kouta attempts to stop him, but is ultimately defeated and seemingly killed.

After explaining his motives to Takatora, he sights Mitsuzane and sends two mechanical Kurokage Troopers to fight him. Mitsuzane easily defeats the two after transforming into Kamen Rider Ryugen, so Megahex revives Ryoma Sengoku to fight him. Mecha-Ryoma overpowers Ryugen using the Dragon Fruit Energy Lockseed and succeeds in collecting more data for Megahex.

Ryugen later returns to save Mai from Megahex. After fighting his way through Megahex's army of Roidmude recreations, Mitsuzane makes it to the interior of the ship, where he is attacked by metal wires. After fighting them off, he is able to free Mai.

After Takatora defeats Ryoma as Zangetsu, Megahex then appears behind him and claims the Kiwami Lockseed before using it to defeat Takatora and knock him out of his transformation.

After Mitsuzane, gives him the Melon Energy Lockseed, Takatora transforms into Kamen Rider Zangetsu Shin. After Mitsuzane transforms into Ryugen, the two Riders fight Megahex and take back the Kiwami Lockseed. Megahex furiously attacks the two Riders and Mai, but is stopped when the three recreate Kouta using the Lockseed. The combined power of the three Armored Riders is enough to destroy the Megahex.

But the Kamen Riders soon learn the truth of Megahex as more of his drone bodies arrive before their scatter to commence the assimilation of Earth. One drone assimilates the body of Cyberoid ZZZ, transforming into ZZZ Megahex. ZZZ then flies over to the three Armored Riders and recreates Kaito Kumon to destroy them, as well as a newly arrived Kamen Rider Drive. However, Kaito turns on him and sides with the Riders in destroying him. Megahex then summons an army of mechanical Roidmudes and Inves. The Riders later receive more assistance from Roidmudes Heart, Brain and Chase, who fight the Mecha-Roidmude and Inves army while Drive and Gaim pursue Megahex.

The two Riders defeat ZZZ Megahex, with the data he acquired on Cyberoid ZZZ relayed to Planet Megahex to mass produce ZZZ Megahex. Drive and Gaim pursue on Tridoron, now modified for space travel after a Shift Fruits Tire Expansion. The ZZZ Megahex clones combine into the Z-Mega Bat to stop them. The two Riders perform a "Double Rider Kick" that knocks it into Planet Megahex's core, forever destroying Megahex. 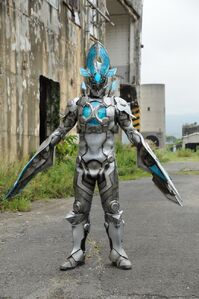 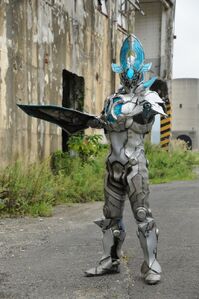 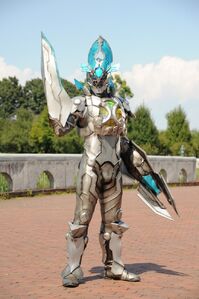 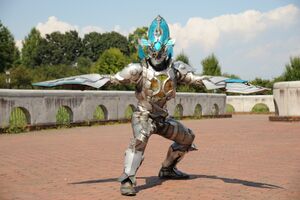 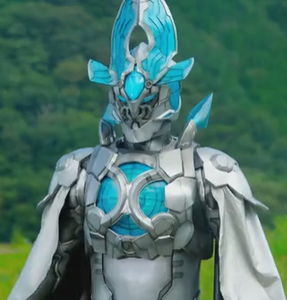 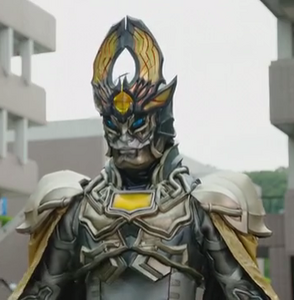 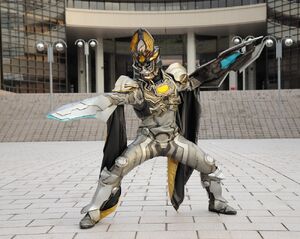