Entertaining herself with humanity's range of abilities.

Assist the Dark Triad in destroying the world. (formerly)

Ascend into the human world. (succeeded)

She is a high-ranking devil who serves Vanica Zogratis, a member of the Spade Kingdom's Dark Triad. This devil had placed lethal curses on Acier Silva and Princess Lolopechka, and made a pact to Agrippa Family.

She is voiced by Genki Muro in the Japanese version of the anime, who also voiced Magna Swing and Baro in the same series. In the English version, she is voiced by Christopher Corey Smith.

Megicula remained relatively unseen for awhile and was shown as a silhouette whenever he was mentioned. Based on her silhouette, she seemed to have two curved horns and large, pointed ears and bat-like wings. Whenever she takes control of her host, Vanica, she changes half of Vanica's face to black and gives her white hair.

When Megicula manifested most of her true self, she has a very unique appearance among the other devils. She is a long-haired devil with four, curved horns. She also appears to have a third eye on her forehead. Her appearance is rather childlike as she appears to have tentacles around her body that form a dress of sorts. Her wings and tail appear to be very thin while the tip of her tail is heart-shaped.

Megicula is shown to possess a highly inquisitive, curious and intellectual interest in conducting various experiments with magic. Due to her inquisitive nature, Megicula is highly unpredictable and whimsical. The devil viciously and cruelly experiments on any sentient beings, using her Curse-Warding Magic to see what kind of effects it would have on them. Once her curiosity is satiated, Megicula immediately lost interest and killed them off without a second thought. This whimsical mindset is shared with the devil's current host, Vanica and thus gets along with her greatly.

Megicula was genuinely delighted to learn of Nero's Sealing Magic and its effectiveness in almost sealing her own magic, despite the immense power difference between them. In addition, Megicula expressed interest upon seeing the effects of her Curse Magic on Undine. Megicula's most favorite and interesting test subjects are humans due to them continuously surprising it. 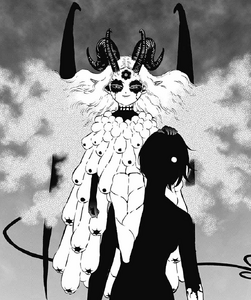 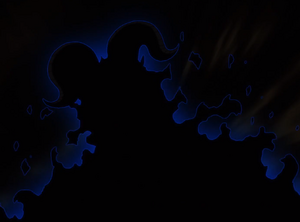 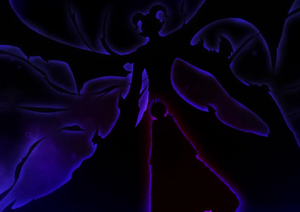