Goddess of intelligence, logic and technology

Deity of the Church of the Broken God

Manifest herself on Earth

Mekhane, also known as The Broken God or WAN, is an ancient and mysterious deity in the universe of the SCP Foundation, who is worshipped by the Church of the Broken God.

According to the Myths, Mekhane shared dominion over humanity with Yaldabaoth, the Broken God representing intellect and progress, while the Demiurge represented instinct and the more animalistic side of the humans.

The followers of Mekhane were known as the Mekhanites, and overtime many civilizations started to become more civilized and progressive, which greatly angered Yaldabaoth, who wanted to bring humanity back to a more animalistic state.

This led to the occult war between the Mekhanites and the early Sarkites, which caused the Bronze-age collapse.

Mekhane confronted Yaldabaoth during this war, and defeated the Demiurge by shattering herself into a "brass cage", trapping the other god in it. Her shattered pieces spread across the Earth, alongside her followers who would form the Church of the Broken God.

Many of these pieces would later be classified as different SCP-objects by the Foundation.

Over the following centuries the Church would try to resurrect Mekhane by assembling the god of the many pieces, and the group came very close in 1942 near La Paz, Mexico.

The Church had gathered a great amount of pieces of their deity, but lacked her "heart", which led to the idea of asking The Factory built one for them. The heart was made, but the entity that was created was not the logical deity the Church had hoped for, but an aggressive being that started to consume everything it came across, including its own followers.

The SCP Foundation contacted the Global Occult Coalition (back then known as the "Allied Occult Initiative") to destroy the entity, and were also joined by the Horizon Initiative. However, despite their combined forces, they found it hard to defeat the monster, until a humanoid female with chains for hair, who was created as a result of one the monster's victims being converted into metallic creatures, came up to them and helped in putting an end to the monster by activating SCP-2399 which successfully destroyed it. This event was one of the biggest cover-ups the Foundation ever had to, which included massive amounts of amnestics and the rewriting of history.

SCP-4882 is an anomalous effect wherein a certain amount of electronic timekeeping devices being brought together results in phenomenon involving the gradual build-up of EVE radiation and the appearance of mechanical monsters. It is projected that if the phenomenon continues unchecked the end result will be the physical manifestation of Mekhane on Earth. The Foundation has so far been able to keep the phenomenon under control using the adoption of Coordinated Universal Time. Following growing support for scrapping CUT, the Foundation has begun actively lobbying to postpone the abolition of leap seconds for as long as possible, defeating a motion to scrap the system by three votes. 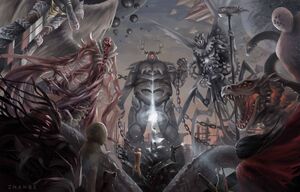 Mekhane among other various creatures from SCP. 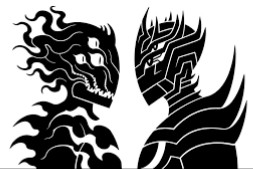 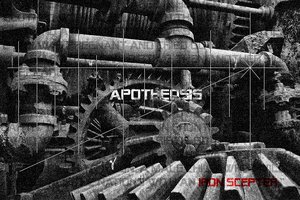 Photos believed to be the Church of the Broken God's "SCP-001". 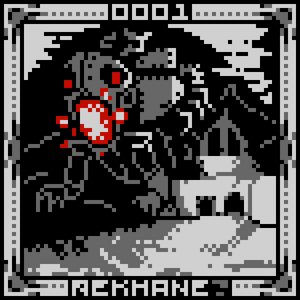 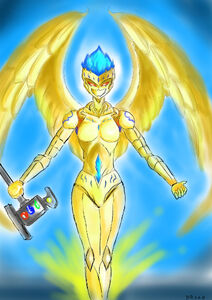 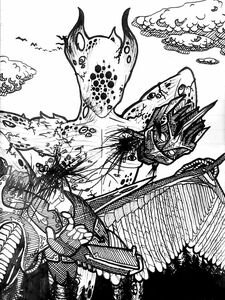 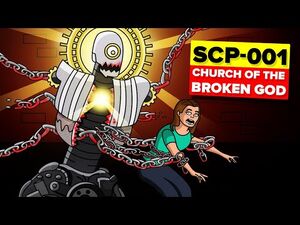