The Legend Of Dragoon

Emperor of the Wingly Empire (formerly)

Enjoying the perks of his office.
Seeking out new forms of power.

Melbu Frahma is the main antagonist of the 1999 video game The Legend Of Dragoon. The former Emperor of the Winglies and undisputed ruler of all Endiness over 11,000 years prior to the start of the game, Frahma was infamous for his despotic and tyrannical rule over the other sentient races of the world: under his rule, entire species were forced into slavery throughout the land, his citizens became subject to a strict doctrine of eugenics, and the empire itself expanded into the underworld.

Eventually, his rule grew so arbitrary and oppressive that it prompted dissent from both within and without: the enslaved peoples eventually united into a vast army against Wingly domination, eventually acquiring a trump card in the form of the Dragoon spirits - the crystalized souls of dead Dragons, conferring mystical weaponry and magical power upon the wielder. Though only seven Dragoons were recruited, they were enough to oppose even the legendary magical strength of the empire. With the help of the few Winglies who were extremely sympathetic to their cause and the dragons they were able to lead into battle, these revolutionaries were eventually able to lay siege to Frahma's palace and slay him in battle.

Unfortunately, though Melbu Frahma's body was indeed slain in battle and lost in the collapsing ruins of his citadel, his spirit lived on - eventually regaining enough of its old strength to orchestrate the events of the game.

He was voiced by the late Kaneto Shiozawa in the Japanese version, and David Babich in the English version.

Melbu Frahma was always a totalitarian and blasphemous despot at heart: cruel, prideful, manipulative, and sadistic, he exhibited no empathy towards the species under his dominion or his fellow Winglies. Even his own family were not exempt from poor treatment: when still in regular contact with his sister, Melbu actually went so far as to commission the Divine Moon Objects from her, knowing that Charle's devotion to him meant that she could never refuse a request from her brother - provided she never learned what he planned to do with the devices. He was unrepentant for this deception, just as he was remorseless for the hundreds of thousands of people who died over the course of his reign: according to his philosophy, the species that had become extinct had been fated to die, and the Winglies had simply been carrying out the will of Soa.

Winglies are often stereotyped as xenophobic, egotistical, and self-absorbed as a result of the crimes committed during the empire's history, a belief usually contradicted by the presence of more sympathetic Winglies in the records of this time. However, Frahma was every bit as narcissistic and bigoted as the stereotype suggested, codifying his love of himself and his race into a series of laws that punished the other races of Endiness for the crime of existing, and even moved to purify his own people by cleansing them of individuals who didn't live up to his lofty standards. His narcissism was so pronounced that he could barely even countenance the fact that his subjects might actually want him dead: upon being impaled by Zieg, he could only utter an outraged snarl of "How dare you," clearly incredulous that a former slave would dare to attack him - and even succeed.

His only redeeming qualities, pragmatism and caution, gradually vanished as his lust for power began to spiral out of control; though he was careful enough to prevent the Virage Embryo's apocalyptic purpose from coming to pass, he could not resist using the God of Destruction's spirit to further his ambitions nonetheless; in the end, he gladly abandoned all notions of realistic power in favor of destroying the world and rebuilding a new one for him to dominate, gladly enacting the fate he had once tried to avert in pursuit of his unquenchable hunger for power.

Melbu Frahma's powers varied through his life: as a Wingly, he possessed most of the abilities commonly displayed by his people - innate magical talent, flight, a preternatural speed and grace, and an extremely robust lifespan. A schemer at heart, he used his impressive intellect to find methods of expanding his powers far beyond the norm, obtaining both the Dragon Buster Sword and the crystal sphere over the course of his search. Though the true extent of the crystal sphere's power remains unseen thanks to the signet spheres, it' is known that he was capable of unleashing enough magical power to scorch Imperial Gloriano almost off the map - which might account for why much of the country has been reduced to desert from Vellweb onwards. However, the Emperor also possessed sufficient willpower to cast one final spell even as death approached, not only petrifying Zieg but finding a means of living on within the Red Dragoon spirit.

Upon being "killed" by Zieg, Frahma was reduced to an incorporeal wraith trapped inside his killer's Dragoon spirit; even once Zieg finally used the spirit again and inadvertently allowed the ancient Wingly to possess him, he was still too weak to act on his own. Much of Frahma's time in exile was spent recuperating while he worked to use his powers through the human body he now inhabited, eventually succeeding by the events of Disc 3; indeed, Rose can only remark with suspicion at the magical powers that "Zieg" is somehow able to manifest without utilizing a Dragoon spirit: over the course of the possessed Dragoon's time in the spotlight, he telekinetically captures Shana and the Divine Moon Objects, imprisons Lloyd in a sphere of magic and slams him through a stone floor, repels Rose with a blast of energy, teleports himself and his captives to safety, controls the mind of the Kraken from several miles outside Aglis, and even demonstrates the ability to fly under his own power for long distances. However, Frahma does not use these abilities in his boss battle: when finally backed into a corner, he resorts to stealing Dart's Dragoon spirit in order to buy time for the merger to reach completion, armoring himself with Dragoon armor to protect his fragile human shell.

As the God of Destruction, of course, Melbu Frahma's power was all but infinite, limited only by his imagination. 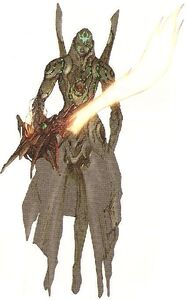 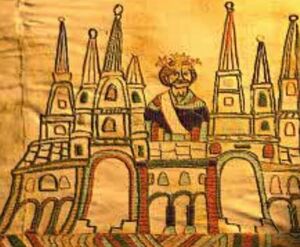 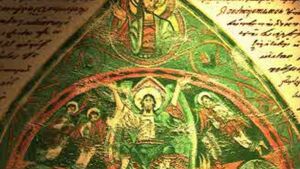 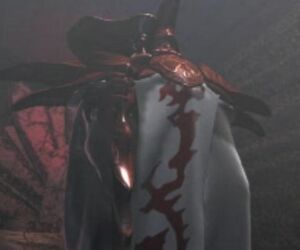 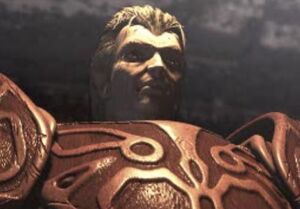 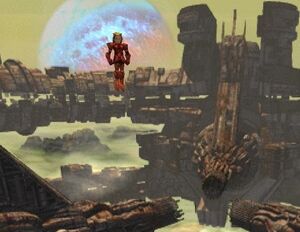 Melbu (as Zieg) showing off his power of flight. 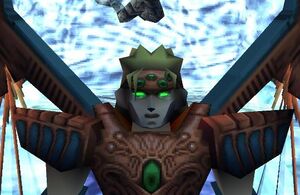 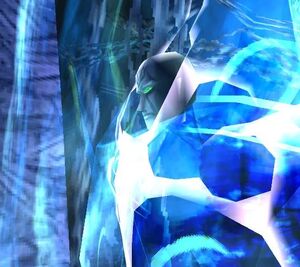 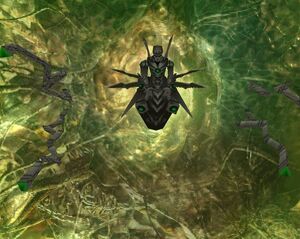 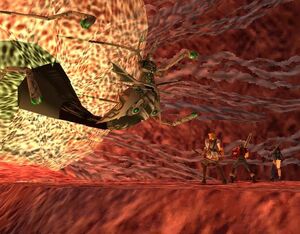 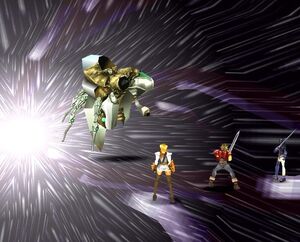 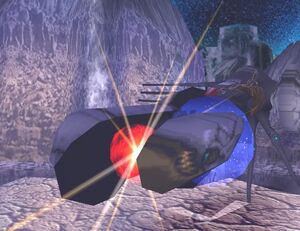 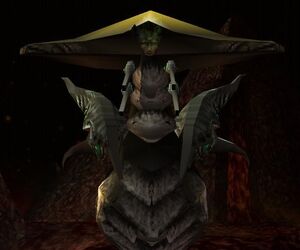 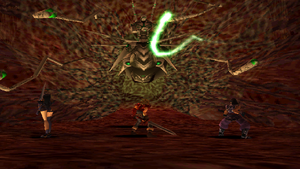 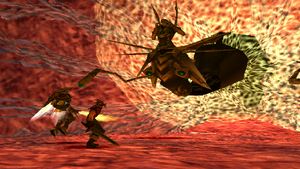 Lloyd and Dart VS. Melbu Frahma.
Add a photo to this gallery 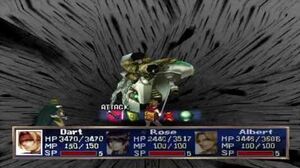 Melbu Frahma (Legend of Dragoon)
Add a photo to this gallery

Retrieved from "https://villains.fandom.com/wiki/Melbu_Frahma?oldid=3847841"
Community content is available under CC-BY-SA unless otherwise noted.