She is cruel, sinister, and malevolent, so she finds satisfaction in intimidating the weak. Mele is the one who carries out the plans and has many other kyonshi Rio brought back at her command, making a few exceptions to perfect herself while arrogantly stating her opponents' fortune of facing her. She possesses a more powerful Beast-Man Form, armed with two sais and able to use her tongue as a weapon. Unfortunately for her, Rio labels this technique as "lacking in both efficiency and force". However, Mele proves her loyalty to Rio when Braco offered her a second chance at life, only to kill him after snapping the three remaining True Poison off him, saying "being by Rio" is life.After this, it seems that Rio might respect her somewhat, as he places her in charge during his absence to revive Kata. Mele eventually began to distrust Kata and his methods, especially when seeing Rio in a madden state of mind, deciding to revive the other Fist Demons to save Rio. But in an unexpected turn, Mele is recognized by Rageku as being stronger than Rio, eventually becoming a student under Rageku after proving herself by fighting Sha-Fu. After Rio's defeat, Mele attempts to restrain him from getting himself killed, realizing that Sha-Fu's words about Rio have some truth. 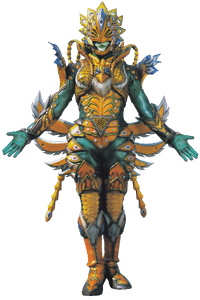 Mythical Phoenix Fist
Add a photo to this gallery 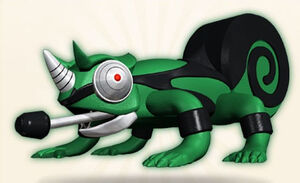 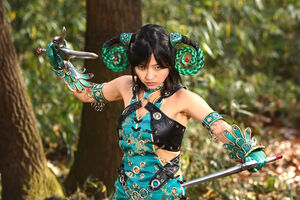 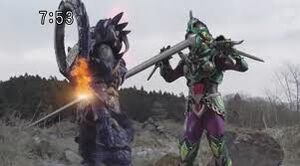 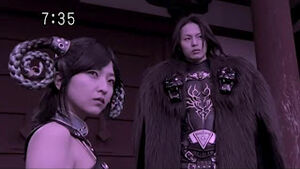 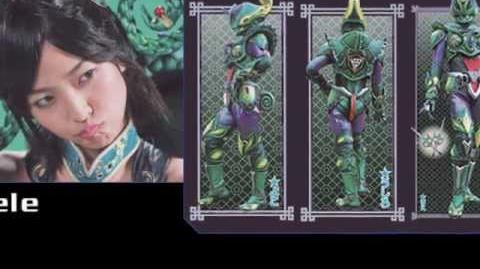 Retrieved from "https://villains.fandom.com/wiki/Mele?oldid=3479135"
Community content is available under CC-BY-SA unless otherwise noted.