Serving Rio. (everything else is irrelevant to her)

Mele is a user of the Rinjūken's Rinjū Chameleon-Fist style, which focuses on stealth and accurate attacks. She is cruel and malevolent, and finds satisfaction in intimidating the weak, but has a gentle side due to her love towards Rio that motivates her actions. She is the secondary antagonist of Juken Sentai Gekiranger.

She is both portrayed and voiced by Yuka Hirata.

She is cruel, sinister, and malevolent, so she finds satisfaction in intimidating the weak. Mele is the one who carries out the plans and has many other kyonshi Rio brought back at her command, making a few exceptions to perfect herself while arrogantly stating her opponents' fortune of facing her. She possesses a more powerful Beast-Man Form, armed with two sais and able to use her tongue as a weapon. Unfortunately for her, Rio labels this technique as "lacking in both efficiency and force." However, Mele proves her loyalty to Rio when Braco offered her a second chance at life, only to kill him after snapping the three remaining True Poison off him, saying "being by Rio" is life. 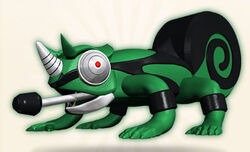 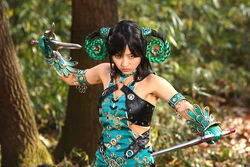 Mele and Rio
Add a photo to this gallery

Retrieved from "https://villains.fandom.com/wiki/Mele?oldid=2731426"
Community content is available under CC-BY-SA unless otherwise noted.