Control over the Mafia

Track down and expose Kira to avenge L (failed; but posthumously succeeded with the help of Near).

Vengeful Rival
Mello (real name: Mihael Keehl) is one of the two successors of L and the secondary antagonist during the second half of Death Note. Although not truly evil, his methods of capturing Kira are downright insane and ruthless, to the point where he even kills innocent people.

He is voiced by Nozomu Sasaki in Japanese and by David Hurwitz in English, the former of which also voices Johan Liebert.

Mello was one of the people who grew up in the whammy house along with Near. He was meant to be a successor and wanted to avenge L when he heard of his death. After it was announced that L never chose who, he was told to work with Near to find out the truth about Kira. However, he refused as he did not want to work with anyone else and wanted to solve it on his own.

In the time during the time skip Mello joined up with a mafia group and rose through the ranks to gain the power he needed to defeat Near.

Mello discovers of the Death Note and chooses the note as his main target. He makes his first move by kidnapping the Director of the Japanese NPA in the hopes of making an exchange for the notebook. Mello then kidnaps Sayu Yagami to increase his chances. Eventually he gets his hands on the Death Note and uses it to kill most of the SPK members working for Near to hinder Near and get rid of a spy Mello had within the unit.

Making good on his promise that he would stop at no cost, Mello blackmails the U.S. president to give him access to the supplies that he needs.

A shinigami named Shidoh who is the owner of Mello's notebook goes to him to try and get the notebook back. Shidoh helps Mello by keeping guard as well as telling him of the two fake rules that Light Yagami made. Mello concludes that Kira is fooling the police and learns of the shinigami eyes. He then forces a member to take the deal.

Soon after the hideout is raided which concludes with Mello killing Soichiro, scaring his own face, and loses the note.

With the knowledge of the eyes he goes to SPK headquarters to retrieve a picture of himself. Near then thanks Mello for helping which enrages him causing him to pull a gun on Near. He then leaves and meets with a friend of his, Matt. He learns of Near's plan which may or may not influence his next move. He then kidnaps Takada and takes her in a truck which ends in his death when his name is written in the Death Note.

Mello has many similar features to L; he has a massive love for sweets as he's been shown to constantly eat chocolate bars. He also has an inferiority complex which makes him extremely arrogant and ambitious. Mello also has a very high intelligence, making him smarter than most people, the only exceptions being L and Near (and even Light Yagami). He tends to do whatever it takes to catch Kira and prove his superiority to everyone, even going as far as to kidnap innocents and use them for ransom. Even though his goal of catching Kira is a noble one his main reason for doing so is the defeat Near. 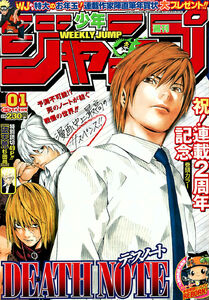 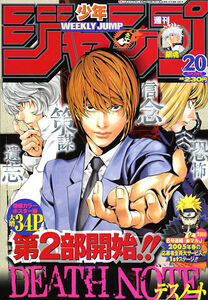 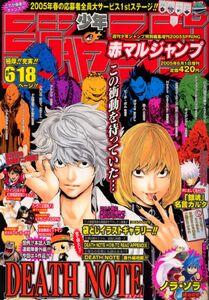