Start a Wiki
Mephisto is the first major antagonist of the Pretty Cure season Suite Pretty Cure♪. He was originally the husband of Empress Aphrodite, and prince consort of Major Land, a magical kingdom of music. One day, Mephisto left to retrieve the stolen Healing Chest in the Wicked Forest, but he was ambushed by Noise, a demon of sorrow, who brainwashed him with the Noise of Evil.

As Noise's puppet, he established Minor Land, becoming king, and became obsessed with spreading a Melody of Sadness to make all worlds tragic and sad.

Despite being a king, he is, both good and evil, mostly a comic relief and barely effective at all. His personality resembles that of an emotional child. However, after being returned to normal, he becomes more successful in his leadership.

Most of Mephisto's past is unknown, though it is assumed that he knows Aphrodite, the queen of the Major Land, quite well and has some sort of rivalry against her.

Not too long ago, he met Siren, a previous Fairy of Songs, and allied herself with him. Though Mephisto is not all evil just being controlled by the Noise of Evil.

Attack on the Major Land

During the annual ceremony in the Major Land, Mephisto interrupts it along with his minions, Siren and Trio the Minor. With Siren's song, He manages to corrupt the Melody of Happiness, but the queen of the Major Land scatters the notes and sends them to the human world. Angry, Mephisto sends Siren and Trio the Minor to take the notes back, while Aphrodite sends Hummy and the Fairy Tones. Confident at first, Mephisto is then told that the queen sent the scattered notes to a specific area where the legendary warriors, Pretty Cure, reside.

As his minions stay in the human world, Mephisto stars researching about Pretty Cure, learning more about them. From time to time, he contacts the minions, either to hear their reports or to give them information about Pretty Cure. He was the one who told them that Pretty Cure depend on something called the harmony power in order to be strong.

Controlled by "The Noise of Evil" and purification

In the later episodes he is shown to be controlled by the true villain Noise. Like his minions and Siren (before turning good again) he is a mere pawn in this game and is controlled by the very same "Noise of Evil" that he used to control them.

However, he was awakened from his hypnosis by Cure Muse and remembered who he really was.

Like Siren and the Minor Trio, Mephisto himself can create Negatones from the scattered notes when he converted the whole Clock Tower in Kanon Town into a Negatone. He other abilities are unknown, but he can create soldiers using his hair. He also can use "The Noise of Evil" to control people but at the same time is being controlled by it himself. 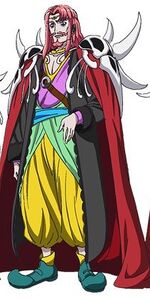 Negatone Mephisto in episode 36
Add a photo to this gallery
Retrieved from "https://villains.fandom.com/wiki/Mephisto_(Suite_Pretty_Cure%E2%99%AA)?oldid=3371699"
Community content is available under CC-BY-SA unless otherwise noted.