Villains Wiki
Register
Don't have an account?
Sign In
Advertisement
in: Collector of Souls, Deal Makers, Demon,
and 33 more

Guiding and accompanying Faust on their journey.

Mephistopheles is the main antagonist of Faust. He is a demonic figure from German folklore who was made famous in the legend of the German magician Dr. Johann Georg Faust (simply known as Faust) but would become a stock character in Germanic literature as a type of folk-devil and a personification of evil. His name is also another alias for The Devil.

Despite his scholarly eminence, Faust is bored and disappointed. He decides to call on the devil for further knowledge and magic powers with which to indulge all the pleasure and knowledge of the world. In response, the devil's representative Mephistopheles appears. He makes a bargain with Faust, as Mephistopheles will serve Faust with his magic powers for a term of years, but at the end of the term, the devil will claim Faust's soul and Faust will be eternally damned. The term usually stipulated in the early tales is twenty-four years.

During the term, Faust makes use of Mephistopheles in various ways. In many versions of the story, in particular, Goethe's drama, Mephistopheles helps him to seduce a beautiful and innocent girl, usually named Gretchen, whose life is destroyed. However, Gretchen's innocence saves her in the end and she enters Heaven. In Goethe's rendition, Faust is saved by God's grace via his constant striving—in combination with Gretchen's pleadings with God in the form of the Eternal Feminine. However, in the early tales, Faust is irrevocably corrupted and believes his sins cannot be forgiven; when the term ends, the devil carries him off to Hell.

The most important movie where Mephistopheles appears is the 1960 German film version of Faust. In this famous movie, he was portrayed by Gustaf Gründgens, whose representation inspired many actors for Mephistopheles in the future.

Mephistopheles is a powerful demon who possesses a variety of supernatural abilities and magical spells: 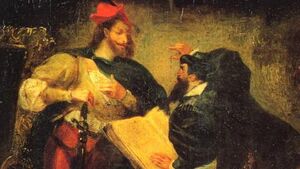 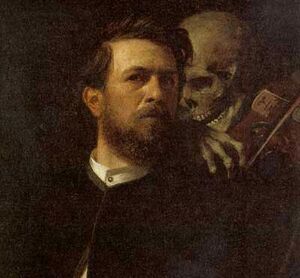 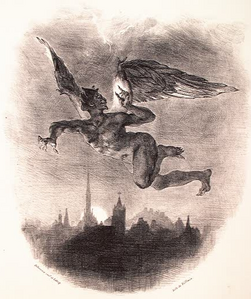 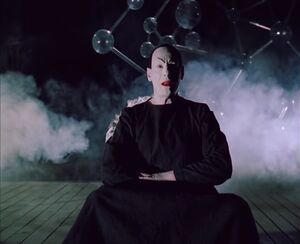 Mephistopheles in the 1960's movie Faust, portrayed by Gustav Gründgens. 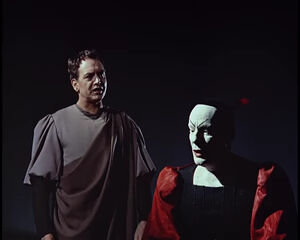 A younger Faust talking to Mephistopheles, 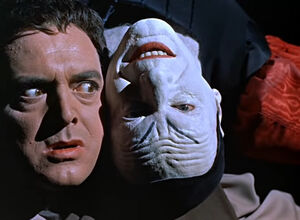