Depending on Digimon series.

Meramon are minor villains in almost all of the Digimon series, such as Digimon Adventure 01, 02, Data Squad, and Digimon Fusion. The Meramon in Digimon Fusion were dubbed as RedMeramon. Meramon are Champion Level Digimons that are about the size of adults. They are engulfed fire humanoid creatures, and their mouths appear to have stitches.

When the DigiDestined found a village where Yokomon lived, a Black Gear came and hit Meramon. He scaled down the mountain, beginning to burn the forest and attack the village. Biyomon Digivolved into Birdramon and defeated Meramon, managing to destroy the Black Gear stuck in him. He later returned to become a member of the resistance to help take out the Dark Masters, Piedmon.

A few Meramon were under the influence of the Digimon Emperor and fought the DigiDestined. They had trouble fighting Meramon. The Digimon Emperor then brought forth Tai's Greymon and forced him to Digivolve. The Emperor wanted MetalGreymon, but instead he Digivolved into SkullGreymon. SkullGreymon then attacked not only the DigiDestined but the Meramon as well. It's unknown if they survived. 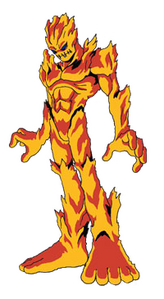 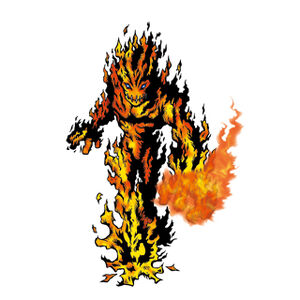 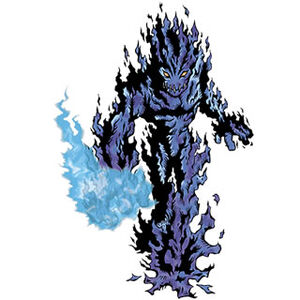 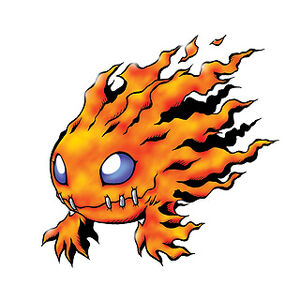 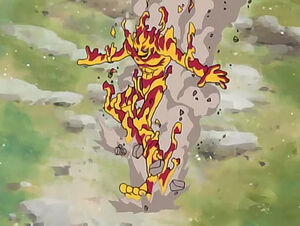