Mercy Graves is a character from DC Comics. She is a tough young woman with a checkered past, who served as Lex Luthor's personal bodyguard and chauffeur. Mercy was loyal and respectful to Luthor, but never servile. There are some hints that she was attracted to Luthor, and fiercely resented any woman who came between them. She is voiced by Lisa Edelstein in the DCAU.

Actually, not much is known about the life of the woman known as Mercy Graves: she was born in Themyscira, the hidden island of the Amazons, and she was gifted with all the gifts and powers belonging to her people. For some unknown reason, however, she apparently didn’t agree with Queen Hippolyta‘s policy (or with her successors’ one), and she eventually went rogue, abandoning the island and searching for fortune in the world outside. Mercy wasn’t alone, as another Amazon, Hope Taya, followed her in her rebellion and escape. The two eventually arrived in the United States of America, just when the nation had a new President: Lex Luthor. Recognizing the two women’s true heritage, Luthor contacted them, and offered them a job as his personal bodyguards, a place they both accepted. Nobody knew where President Luthor’s new bodyguards came from, and this was obviously an advantage, since Lex kept their being super-powered a secret: any assailant wannabe would have had an unpleasant surprise in being thrown miles away by a super-strong woman.

Mercy’s and Hope’s heritage also came in handy, obviously, when superhuman threats came to the White House, and considering Luthor’s past that was not an unlikely situation. When Circe attacked the White House, the two Amazons were able to see through her disguise, and tried to stop her before the sorceress could do anything… unfortunately, they were both transformed into birds by Circe’s magic, and they could revert to their original form only after the witch was defeated. After that, the two even had the chance to fight with Luthor’s nemesis, Superman, publicly demonstrating for the first time their superhuman powers, being able to stand their ground against the world’s most powerful hero for a while, before being overpowered. When Luthor’s many criminal deeds were exposed, however, the ex-President had to go into hiding, leaving the White House to vice-president Pete Ross, and at this point the two Amazons parted. While Hope was disgusted by Luthor’s true nature, and cooperated with Clark Kent and Lois Lane to expose him, Mercy, on the opposite, decided to stay loyal to him and followed him also in his disgrace.

While assisting Luthor as his bodyguard in this new “activity”, Mercy however developed an unusual sensitivity, pretty different from her usual coldness and fierceness. When Lois Lane was kidnapped by the Parasite, who impersonated her for a while, Mercy was ordered to keep an eye on Clark Kent, who was looking for his wife: seeing the mighty Superman reduced to a simple man, desperate for having lost everything he cared about, moved something in the Amazon, and she ended up helping her former enemy with the search, albeit not seen. However, she stayed with Luthor, and accompanied him in his new raise to power, granted by his new “Be Your Own Superhero” project, aimed to give superpowers to regular humans (obviously, just part of a wider scheme that would have brought benefit to Luthor alone). The collateral effects of this initiative were almost immediately revealed, as one of the candidates for the project was Natasha Irons, niece of John Henry Irons: the latter, not exactly happy to see his relative in league with Luthor, attacked his enemy as his heroic alter ego Steel.

Mercy did her job as a bodyguard, and engaged Steel in battle, but during the fight she tried to shoot the attacker, with the only result of having all the bullets bouncing back to her, and getting wounded. When even this plan from Luthor failed, Lex was imprisoned, but Mercy managed to escape from justice: for the first time, she was alone, away from her Amazon sisters and away from Luthor’s influence… and she wanted to make amend for all the not-so-honest things she had accomplished under her former boss’ orders. A year after the failure of Everyman Project, Mercy joined Lucia, one of the survivors of Luthor’s experiments, and together they joined Steel in his new version of the superhero team Infinity Inc., along with Natasha and other former Everymen. This time, Mercy would have finally found out if she could be a different woman from the one she had always been, or if she was destined to move in the darkness. 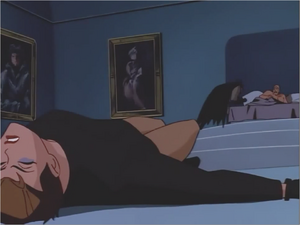 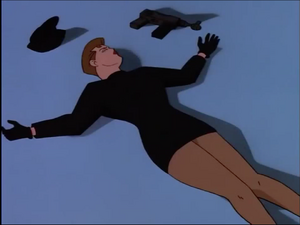 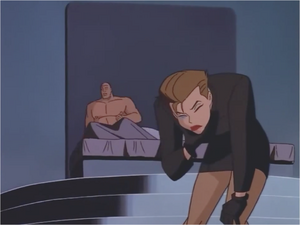 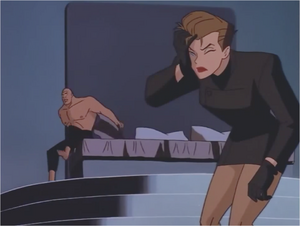 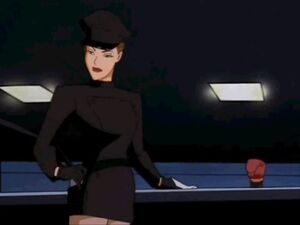 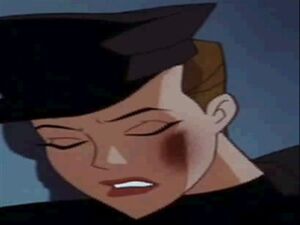 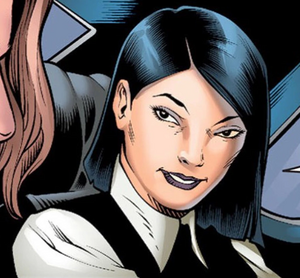 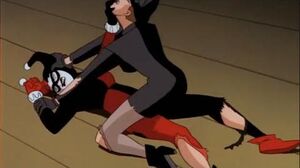 Harley Quinn vs Mercy Graves
Add a photo to this gallery

Retrieved from "https://villains.fandom.com/wiki/Mercy_Graves?oldid=4044342"
Community content is available under CC-BY-SA unless otherwise noted.