Eating on the go.

Merg Arita is a giant anteater-themed Gangler Monster and the main antagonist of episode 7 of the 2018 TV series Kaitou Sentai Lupinranger VS Keisatsu Sentai Patranger. He is also equipped with a lamp-like treasure called Tout ton amour.

Merg Arita's mouth is red and head is white on his head its his white anteater hat with yellow eyes and red ears, his right arm is a red small arm with white fur all over it, his right claw is a brown small anteater claw with yellow nails, his left arm is a red large arm with white fur and a Gangler safe on it, his left claw is a brown large anteater claw with yellow nails, his body is a purple ant head with green eyes and a red nose and purple legs, his legs are brown legs with purple ant legs making the pelvis and his feet is golden toe nails, his weapon the Veloce Whip looks like an anteaters long tongue.

The green cop battled Merg in a forest and he was about to be eaten until the other two cop showed up to back him up. A while later the thief showed up and used her dial fighter on Merg's safe (which his password is 1-2-8) and stole Tout ton amour (which translate as "All your love") Lamp and the reasons why because without the lamp in his safe all the people that he ate cause him to throw up. After that he'd battle the Lupinrangers and was taken out by the red thief using the cyclone dial fighter to cut every tree to timber onto the gangler itself.

However Goche Ru Medou enlarged Merg Arita and battled the PatKaiser with the equipped Biker after that he was destroyed by this finisher called PatKaiser, Lock-Up Strike. 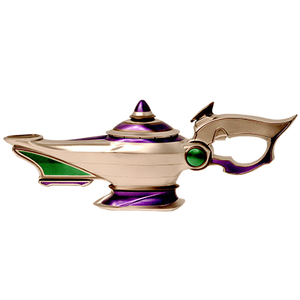 "All your love/Tout ton amour" Lamp