Before the fall of Mountain Glenn.

Merlot Industries is an antagonistic organization in the world of RWBY, appearing as antagonists in the video game RWBY: Grimm Eclipse. Founded and commanded by Dr. Merlot, they seek to experiment on Grimm and develop a new species of them superior to any existing Grimm, Humans, or Faunus.

Dr. Merlot founded Merlot Industries as a artificial intelligence and genetic experimentation laboratory in the ill-fated Vale settlement of Mountain Glenn. However, due to Merlot's crazed and delusional obsession with the Grimm, they began luring Grimm to the settlement in order to perform their experiments, leading to disastrous results and eventually causing the horrible overflow of Grimm into the area and the deaths of all of those who lived there, including most (if not all) of the company's workers, staff, and scientists. Merlot was also presumed deceased.

Team RWBY takes their investigation to Forever Fall, where they find out Merlot was still shipping captured Grimm and was holding them in a facility, bringing in cargo, and continuing experimentation. The team stows away on a cargo ship to Merlot Industries' new hideout on a secret, remote island off the coast of Vale.

Merlot catches them snooping around and sends hordes of Androids and Grimm after them, including a giant Mutant Death Stalker. After a hard-fought battle, Merlot destroys the facility, ending Merlot Industries and leaving him to an unknown fate.

Merlot Industries seems to have large amounts of funding and wealth, though it is unknown where such revenue came from, especially after the company's presumed destruction in the fall of Mountain Glenn (it is possible it is stolen). Merlot and his minions are advanced scientists both in the fields of robotics and genetic/biological experimentation, advanced enough to produce artificial intelligence and experiments on the nearly impossible to study Grimm. The company also has access to weaponry and explosives, as seen in their booby traps and weaponized Androids. However, Merlot's most influential invention was the serum that mutated Grimm into stronger, faster, deadlier and more dangerous abominations. 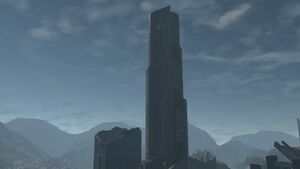 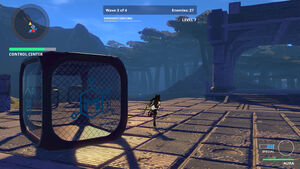 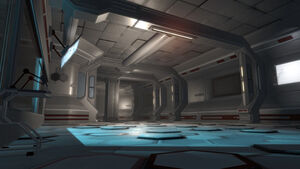 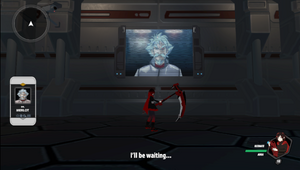 Dr. Merlot threatening Ruby Rose through video in his base. 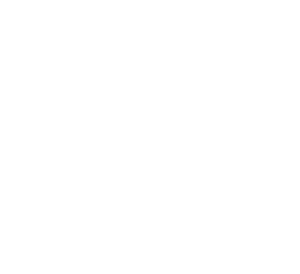 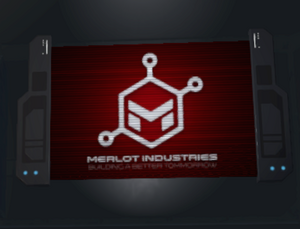 The logo on a Scroll. 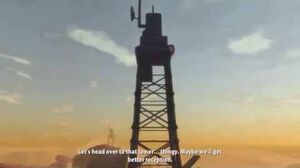