Leader of the Oarburgh Clan

Continue to have every girl she comes across to see the "light".

Show Akame and Kurome about the Empire's true nature.
Have Akame join her and continue raping her (all failed).

Merraid Oarburgh (in Japanese: メラルド・オールベルグ, Merarudo Ōruberugu), also known as "Madam Mera" is the main antagonist of the prequel manga series Akame ga Kill! Zero. She was the leader of the Oarburgh clan and first appeared in chapter 28.

She was a young woman with long black hair and purple eyes and long fingernails. She wore a purple freeing flowing dress with a black and white plaid belt. She also had a birthmark under her left eye.

She was a psychopathic sexist whose hobbies trying to break up any heterosexual female who is in a relationship and sexually harassing them. Even going as fair to raping any girl she comes across to get her hands on. Despite all of this, she also has shown to be very gentle towards other girls and bitter towards men, but was nice to her butler Daniel, possibly due to his kind-manners.

Little is known about Merraid early life. When she was a child, she trained in martial arts and joined a fighting tournament to earn money. During the match, she fought Esdeath. She was impressed by her skills and started having feelings for her. Merraid tried to have her way with Esdeath, but she rejected her and tries to kill the latter. Merraid uses a poison smoke bomb and escapes from Esdeath.

Merraid and her group captures Daniel, Akame, Kurome, and Natala and brought them to their hideout. Later, the Oarburgh attacked Elite Seven hideout. Gin tries to get through Merraid, but was killed by her by exploring the latter from her insides, using her Danger Beast Control. After that, she meets and fights Gozuki, who was a stronger opponent for her. Merraid won once again, but Gozuki fled from the battle.

Afterward, Merraid meets Akame and Kurome and tries to learn more about them. She learns that Kurome would never betray the Empire and thinks that Akame could be from the Revolutionary Army. Chelsea meets up with Merraid and tells her that she must go on the other mission. Merraid asks her to change into Natala, so Akame won't know what happened to him.

Later, Merraid and Gilberda found and capture Empire spies. Merraid ordered Gil to deal with the man, while she "takes care" of the girl. Finding out more information about the Empire spies gather after having oral with the girl, they arrive and kill a spy who was there.

Merraid begins to train and tried to convince Akame the truth about the Emperor and Prime Minister Honest. As they traveled around together, Merraid told Akame about Kusuri and why her sister would never be a member of the Oarburgh clan. She then kissed Akame, taking her first kiss.

As Merraid and Akame continue their traveling, they saw Syura beating people and met with Dora and Gil. Merraid kisses Akame in front of Gil and Dora. Later, Akame distracts the clan so Kurome can get the insect cure, but Merraid and the others seduce Akame, implied that they sexually assaulted her.

Once Merraid trusted Akame, she came to Merraid's bedroom and kissed her. The two rolled into bed and enjoying the pleasure. Akame tries to bite Merraid's tongue, but she dodges her and attacked the latter with Wrigglers and used it to escape. The hideout is then attacked by Elite Seven and Four Rakshasa Demons. Merraid was able to escape from the attack, but Akame catches up to her and defeats her. Before dying, Merraid confessed to Akame that she loved her. 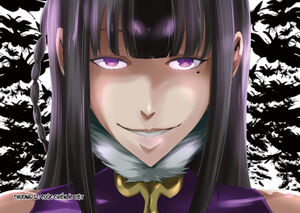 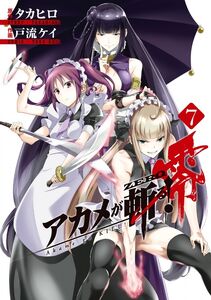 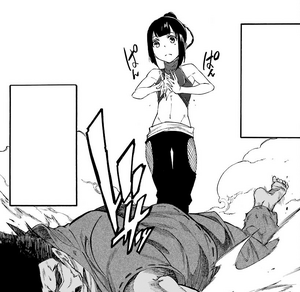 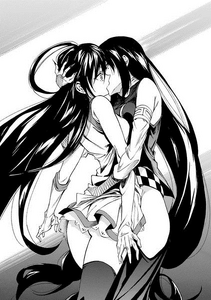 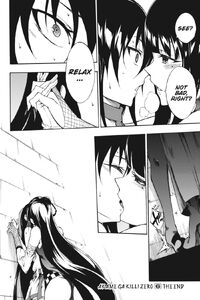 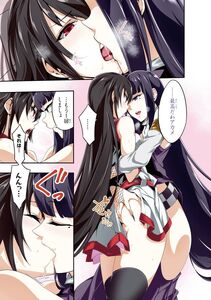 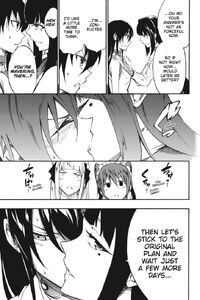 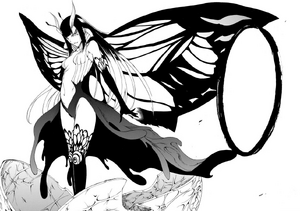 Merraid's grave made by Akame. 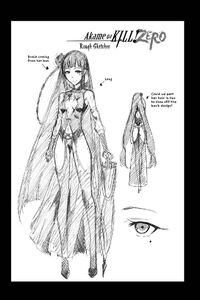