Merrick is a major antagonist in Todd McFarlane's Spawn. Merrick is a top assassin and one of the number one choices for Jason Wynn. She is the secondary antagonist of Season 2.

She was voiced by Denise Poirier.

Merrick has worked as an assassin for many years. In her early days she had a hard contract with Leon against the Russian mob, she got hit and left behind and was abused badly. As a result, she tends to work the eyes and ears of operations for Jason Wynn.

When Jason Wynn starts monitoring Terry. He tells Merrick to send for Leon and a hillbilly from the Russian mob to take care of the Fitzgerald situation.

When the russians arrives and they trap Terry in a building, Merrick tells Leon to head in and she'll be her eyes and ears.

Merrick walks in to find the police officer Terry subdued when entering the building. She murders him in cold blood to keep any witnesses from talking. She looks at the computer monitors and announces on the intercom about where Terry is located in the building. However, Spawn disables the cameras to assist Terry and blind Merrick in order to not locate where Terry is.

When Terry finds the weapons and realizes that Wynn is a traitor as Merrick finds him on the security cameras. But then, Terry escapes from Merrick and the russians and flees away.

Merrick, Leon, and the Hillbilly walk in on Spawn and Terry. Terry shoots the power switch and escapes in the darkness, passing out on the roof. When Wynn's men come to take care of Terry, Spawn takes them out. Merrick escapes after watching Spawn strangle Leon and murder the Hillbilly.

A man waits in a car outside the Fitzgerald house and speaks with Merrick on the phone. She instructs him that Jason Wynn is still inside the house. She then warns the man to kill everyone in the house when Wynn leaves if Terry comes home.

The man would not live to follow his given instruction.

Jason Wynn and Merrick discuss finding Terry Fitzgerald. They decide to go after Wanda Blake and see if they can find him through her.

Jason Wynn and Merrick discuss the fallout from the recent attack. They don't think Terry Fitzgerald could have done all the damage by himself. Merrick requests to go after Terry by herself, but Wynn, not wanting to lose his elite agent as his other agents are turning up in corpses, tells her no, then let things played out.

Wynn watches a news report about his stolen weapons. Clown suddenly appears on the TV. When Merrick walks in, she doesn't see anything on the TV.

Meanwhlie, at dinner, Wynn tells Merrick that Spawn is in his head. He feels that there's a familiarity with the visions but he can't quite put his finger on it. Later on, when Wynn's headquarters is on lockdown, Merrick is at Wynn's office guarding him. But when Spawn attacks the building, he killed the soldiers and guards, leaving only Merrick to take on Spawn. However extraordinary Merrick was as an assassin, she was up against an angry supernatural being and she was left badly broken by Spawn. 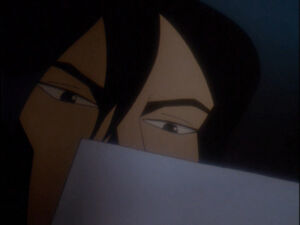 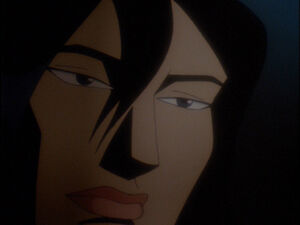 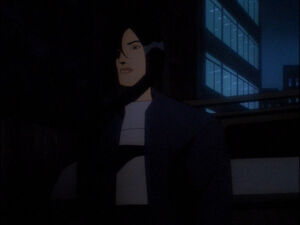 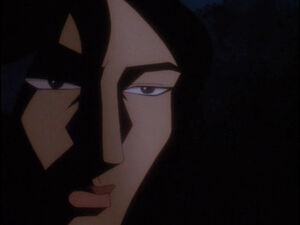 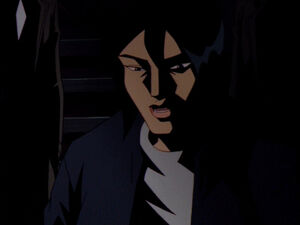 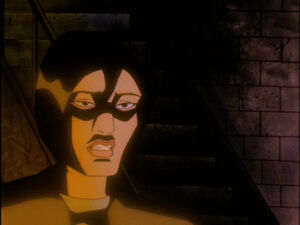 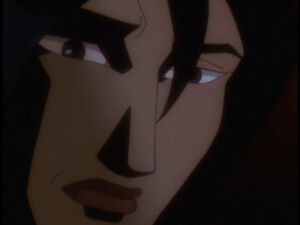 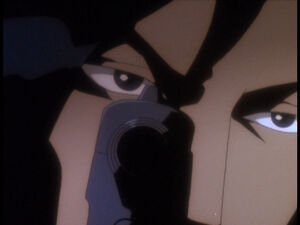