Protect the Digimon species from harm. 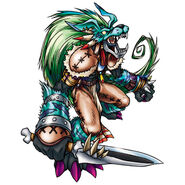