Messina is the central antagonist of the 1992 animated film Freddie as F.R.O.7. She is Freddie's aunt, El Supremo's wife, and an evil sorceress who can transform into a litany of other monstrous animals.

She was voiced by the late Billie Whitelaw and her singing voice was provided by Grace Jones.

Messina is ruthless, sarcastic, and diabolical.

Messina is Freddie's wicked aunt who plotted to become the queen of Monaco. In the beginning of the film, while her brother, the king, was out horse riding with his son Freddie, Messina turned into a cobra and spooked the horse the king was on, causing him to be thrown to his death from a great height. As Freddie attempts to help his father, he spots a long, red cobra; he had never seen one of those in the forest before. Now an orphan, Frederic is taken in by Messina, who accedes to the throne, but only filling in the momentary position as regent, until the time Frederic comes of age to assume the responsibility as the next ruler when she must step down.

Soon, Freddie realizes that the cobra that he saw in the forest was Messina (also responsible for conjuring the storm that led to his mother's death) and rather than killing the young prince, she transforms him into a frog and tries to capture him.

Soon, both fall from the castle window and into the raging ocean, and Freddie is saved in the jaws of a giant sea monster, later revealed to be Nessie the Loch Ness Monster. As Messina escapes to the surface of the sea, she vows she will rule the world and destroy Frederic like she did to his father and mother.

Years later, she is apparently working alongside her husband, El Supremo, to conquer the world, and plans to become the queen of the world, as given in her villain song "Evilmania". She spends most of the film in her cobra form around El Supremo's neck. When her husband is ultimately defeated by Freddie, Daffers, and Scotty, Messina reveals herself to her nephew.

In the end, she attacks Freddie by shapeshifting into a bat, a hyena, a scorpion, and a boa constrictor. As Freddie is being crushed by Messina's second snake form, Freddie remembers his father's words on their magic abilities. So Freddie immediately uses this to untangle Messina around him and throw her at a pole. Injured, Messina transforms into a vulture and claims she will return for vengeance on Freddie for hurting his poor aunt before flying off. 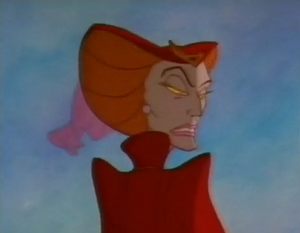 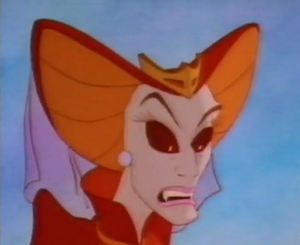 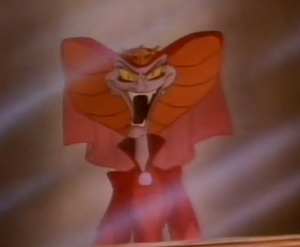 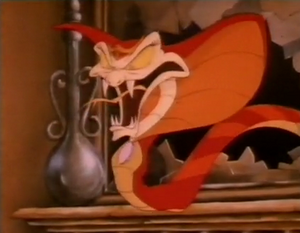 Messina in her cobra form. 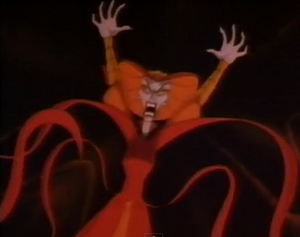 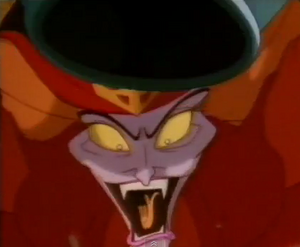 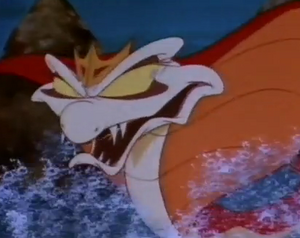 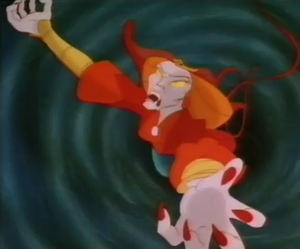 "I shall be all powerful; I shall rule the world!" 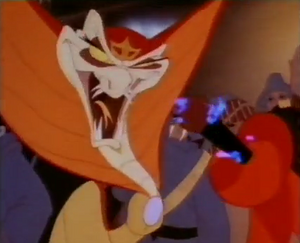 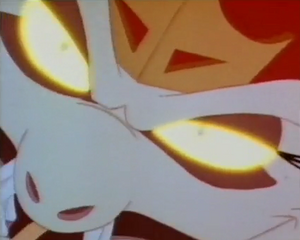 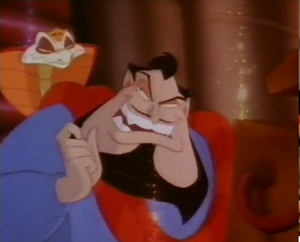 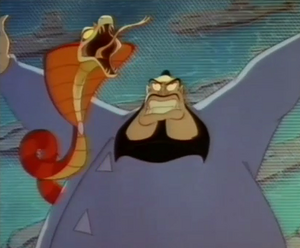 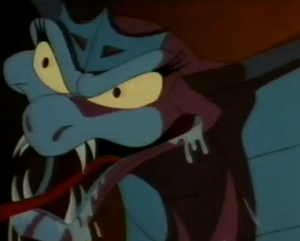 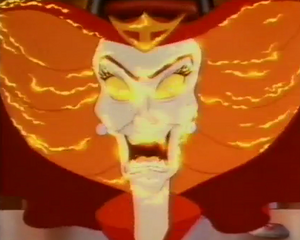 Messina revealing herself to Freddie and his friends. 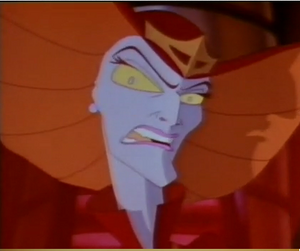 "And this time you shall not escape." 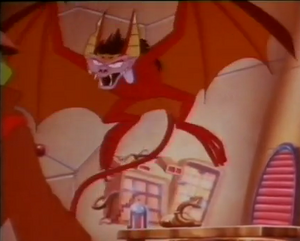 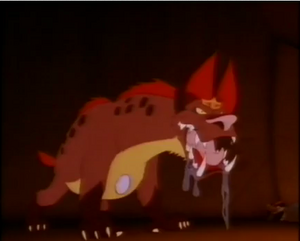 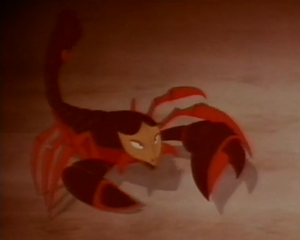 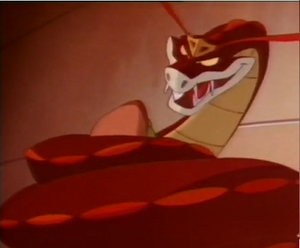 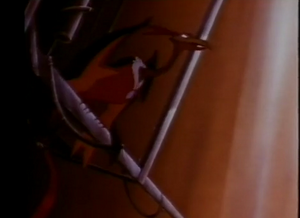 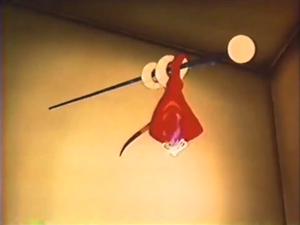 Messina's death in the American re-edit. 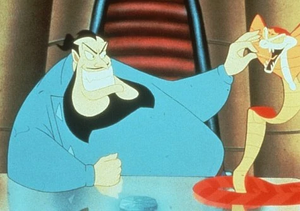 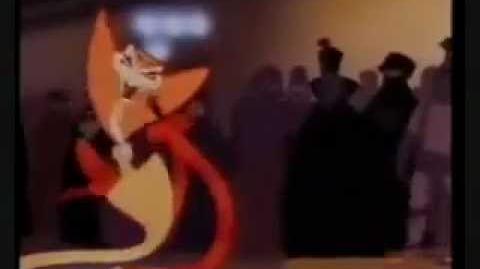 Evilmania
Add a photo to this gallery

Retrieved from "https://villains.fandom.com/wiki/Messina?oldid=4122967"
Community content is available under CC-BY-SA unless otherwise noted.