Similar attacks as the Vaccine version of MetalGreymon

Dfeat Davis and the new Digidestined.

Help the Digimon Emperor conquer the Digital World (both failed).

Mechanically-Modified Monster
MetalGreymon is a minor antagonist in Digimon Adventure 02, and also the corrupted dark alter-ego form of Agumon when the Digimon Emperor took control of him. He is also known as BlackMetalGreymon.

He was voiced by Chika Sakamoto in Japanese and the late Joseph Pilato in English.

He has bluish-purple skin with purplish-black stripes and bloodshot eyes (although they were yellow), and has the same metal parts and wings.

The others tried to get Davis to realize that sometimes he has to hurt a friend to help him, and so he obtains the Digi-Egg of Friendship and gets his partner Veemon to Armor Digivolve to Raidramon. Davis and Raidramon managed to defeat MetalGreymon by taking out the Dark Spiral, freeing Agumon from the Digimon Emperor's control. The Digimon Emperor was then forced to retreat. 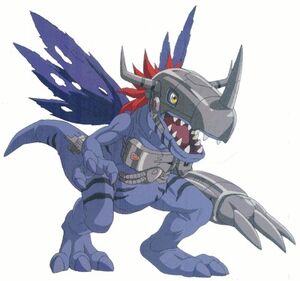 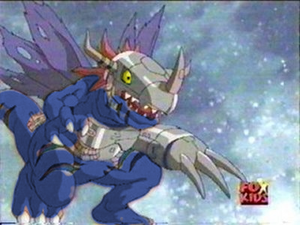 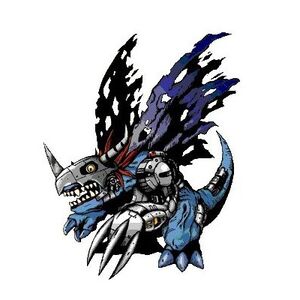 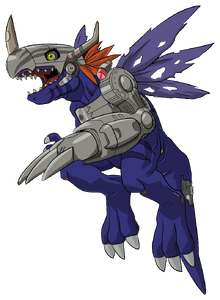 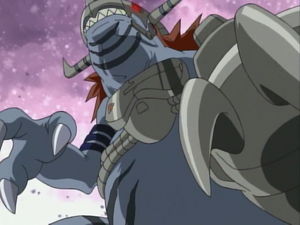 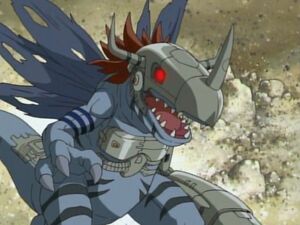 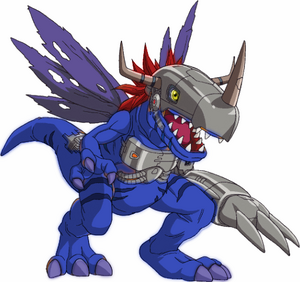 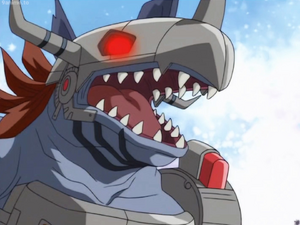