Leader of the Metal Head species

Get the Precursor Stone in order to feed on it.
Defeat Jak and Daxter (all failed).

He was voiced by Sherman Howard, who also voiced Chief McBrusque in An American Tail: The Treasure of Manhattan Island, and Van Pelt in Jumanji: The Animated Series.

Kor is a short-tempered, temperamental, impatient, brief and unforgiving metal head. In his human form, he comes off as a wise and sagacious old man with a patient and passive tone in his voice, although he sometimes shows signs of his impatience often leading to other signs of his true nature. While posing as an Underground fighter, Kor shows signs of a fighting spirit, everything in a supposed cause against the rule of Baron Praxis.

Kor is one of only two Metal Heads known for being able to transform into a human. Accordingly, he can also speak the human language rather fluently with no trouble. When in his Metal Head form (seen in combat), he can fly, he can hang himself from flimsy and web-like beams, he can shoot blasts of dark eco, he can slam his body down to create a dark eco shockwave, and he can also spawn Metal Head stingers from his back.

Metal Kor led legions of the Metal Heads into a mighty war with the Precursors, destroying them and their civilization, leaving only ruins in their wake. He also was allies with the Dark Makers before they betrayed him.

The Metal Heads then mysteriously disappeared (most likely into the future or another dimension, possibly the dimension that can be accessed through the Rift Gate). Three centuries later Jak, Daxter, Keira, and Samos activated a Time Gate that was stored behind a large door at the Dark Eco silos and inadvertently allowed Kor and the Metal Heads to swarm the world again while the group were sent further into the future. It is implied through backstories that the Metal Heads ravaged most of the world until a legendary warrior named Mar sided with the Precursors and built a safe place named "Haven City" to protect mankind from the Metal Heads, though other refugee cities such as Spargus also exist. Mar also took a Precursor Stone and hid it deep within the city so that Kor couldn't get his hands on it. Kor attempted to siege Haven City multiple times but could never break through its powerful Eco fueled shields.

Eventually Jak, Daxter, Keira, and Samos all arrived at Haven City in the distant future only for Jak to be promptly captured by the Krimzon Guards to be a guinea pig for Baron Praxis' experiments to build an ultimate weapon to destroy Kor and the Metal Heads. Kor was warned of Jak's arrival beforehand as a prophecy stated that he was a powerful warrior who would destroy the Metal Head leader. Kor also knew that the last heir of Mar was somewhere in Haven City and was the only one who could release the power within the Precursor Stone, at the same time Baron Praxis rigged a deal with Kor to bribe Metal Heads with Eco in exchange of them halting their attacks against the city.

With this knowledge, Kor uses his shapeshifting abilities to take the form of a kind albeit somewhat short tempered old man to infiltrate Haven City in order to keep tracks on Jak, find the Heir of Mar, and sabotage the Eco shield from within. Kor joined "The Underground", a resistance group fighting a war against Baron Praxis the ruler of Haven City who has dominated his citizens with unethical laws. He was assigned to be the caretake of the Heir of Mar, a mute child. Kor soon ran into Jak and Daxter who had just escaped Baron Praxis' and sent them to the Undeground's secret base to recruit the duo. As the story goes on, Kor starts giving subtle indications that he is not who he seems and might have ulterior motives, most notably when he talks about the Metal Head's destructive powers with a brief but sinister smile. Despite this, none of the characters become suspicious of Kor except for Onin, the blind fortune teller.

During the second story arc of the game, Jak located Mar's Tomb and found the "Precursor Stone" which Kor was planning to steal for himself, but Praxis intercepted Jak and took the stone, inadvertently preventing Kor from getting his hands on it.

In the latter half of the third story act, Jak is told that Kor successfully shut down Haven City's defense systems allowing Metal Heads to invade. When Jak and Daxter raced to confront Praxis the construction site. Kor dropped in just as the duo arrived and, after a short dialogue, assumed his true form - a huge blue and bronze insectoid monster, whom Daxter immediately recognized as the Metal Head leader.

Upon transforming, Metal Kor announced that he was at his full power now that the city's shields were down and demanded Praxis give him the Precursor Stone. Praxis refused and charged him, but Metal Kor made short work of him and his Krimzon Guards before flying off, vowing to find the stone even if he had to tear Haven City apart piece by piece. After he left, the mortally wounded Praxis revealed a bomb which held the stone before dying. Using the Precursor Stone, Jak and Daxter powered a powerul gun that cracked open an entrance into the Metal Head nest allowing them to confront Metal Kor.

Jak and Daxter reached Metal Kor who was waiting for them, holding Heir of Mar prisoner. Metal Kor revealed that the kid is actually Jak himself; Jak is the last direct descendant of Mar, who was sent to the past so he could safely grow strong enough to defeat Metal Kor as a young adult, which was what was happening at the moment. However, since Praxis corrupted Jak with Dark Eco, he could no longer awaken the true power of the stone, which Metal Kor explained is the last Precursor "Egg". To that end, he planned to have Jak's younger self, who remained uncorrupted, unlock the stone so he could feed upon the last Precursor life force inside it.

As Metal Kor ranted about his evil plan, Daxter reminded him that Jak still had the Precursor Stone, but Metal Kor said they will not have it much longer and shot a laser at them. Seeing Jak survive thanks to his Dark Eco powers, Metal Kor attacked him. Upon defeat, Metal Kor attempted to escape through the Rift Gate portal. However, weakened from the battle, he crashed into the portal's circular frame, and the energy coursing through it caused him to explode, thus killing him. His head was later mounted on the wall in Daxter's Naughty Ottsel saloon.

Metal Kor's boss battle is divided into three phases, each marked by a section in his health bar. In the first two forms, Kor is attached to the ceiling and can only attack by firing laser shots at Jak (each phase he'll fire more lasers so watch out), however, he can also spawn eggs that turn into Metal Heads that attack Jak and distract the player from shooting at Kor. During the first phase Kor only spawns "scorpion" Metal Heads which are relatively easy to kill but attack in swarms, and during the second phase he also spawns flying Metal Heads which are harder to shoot.

Continuously shoot Kor as much as possible until Metal Heads get close and get rid of them as quickly as possible while keeping an eye on Kor to know whe he's about to fire a laser. The most effective tactic is to do a double-jump-spin then fire the player's Blaster, if done correctly Jak will fire five shots around him immediately to quickly dispatch Metal Heads, additionally if anyone fires again immediately after Jak lands he'll fire four more shots at Kor to quickly deal more damage. Another very effective tactic is to use Dark Jak's screen nuke attack to wipe out all enemies on the field and deal a lot of damage to Kor; it is best to do this during the second phase.

During the third phase, Kor drops to the floor and will continuously chase Jak and will also use a shockwave attack. This phase is relatively easier than the previous two because Kor stops spawning more Metal Heads meaning that the player can focus more on him and his attacks are relatively easy to dodge. ake sure Kor is always on-camera so the player will know when he's about to attack and when he's chasing the player. The JET-board is a good option to run away form Kor if he gets close. Simply stay away from Kor, dodge his attacks, and keep firing the Blaster at him whenever the player gets a chance until the player wins.

There are plenty of ammo crates and Dark Eco to charge-up Dark Jak in this fight so the player can grind both fairly quickly after dying. 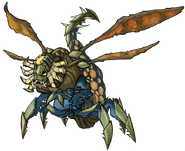