Metallo is the name of three supervillains in the DC Universe. He is one of the Man of Steel's more dangerous opponents due to the fact he has transformed himself into a cyborg that is powered by green Kryptonite - a substance that is deadly to Superman in large doses and severely weakens him whenever he becomes exposed to it. He first appeared in The Atom #3 (November, 1962) and was created by Gardner Fox and Gil Kane.

John was a reporter of the Daily Planet, who also had a crush on Lois Lane. He suffered a nearly fatal car accident, and was saved at the last moment by Dr. Emmett Vale, an old scientist, who replaced his broken heart with an uranium battery. Dr. Vale died of a heart attack soon after, and Corben found out that his new heart needed to be replaced once every twenty-four hours, since uranium depleted quickly; to survive, he became an uranium super-thief, but some times later he discovered that Kryptonite was a better energy source than uranium, and put a chunk of it in his chest.

Unfortunately, he died of a heart attack since the Kryptonite he had stolen was a fake, and didn’t fuel him. The second and most known version of Metallo sees him as a conman who was, again, fatally injured in a car accident. Corben was found by Dr. Vale, a paranoid scientist who believe that Superman was the vanguard of an alien invasion. Vale managed to save Corben transferring his brain into a metallic body of his own invention, a cybernetic construct powered by a chunk of Kryptonite.

When Corben woke up in his new body, Dr. Vale told him everything he knew (or believed to know) about Superman’s true intentions, telling him that his new body, with the strength that provided him and, especially, with the radiations coming from his Kryptonite heart, was the ultimate weapon to kill a Kryptonian. Enraged from what Vale had done to him, Corben, now calling himself Metallo after the alloy his body was made of, killed the scientist and left his lab.

Eventually, the opportunity given to him by his new powers led him to battle the Man of Steel all the same, but he was defeated by Superman. After the battle, Lex Luthor had Metallo’s body brought to him and, seeking his Kryptonite heart’s power, he took it away from him, apparently killing Corben.

Corben survived his encounter with Luthor, and managed to escape Lexcorp’s facility in which he was kept prisoner. In order to sustain himself, he started to raid Lexcorp’s warehouses, stealing every ounce of Kryptonite Luthor had collected during his years of war against Superman. Corben learnt how to modify Kryptonite to control it telepathically, so that he could remotely control every single body part of his.

When some of his components ended up being a part of Robotman, the heroic cyborg of Doom Patrol, Metallo started a battle against the super team, who allied with Superman to take him down. Defeated, he was captured once again by Lex Luthor, but escaped one more time when he allied himself with the alien conqueror Brainiac. Along with Brainiac, Metallo managed to greatly improve his cybernetic body, and also kidnapped Reginald Augustine, founder of the Cadmus Project, and forced him to upgrade his powers.

Metallo began to absorb any technological component present in Metropolis, world’s most advanced city, and grew to gigantic proportions. After other battles with Superman, he shrank to human size again, gaining the ability to transform every part of his body in any mechanical form he could think of. Metallo also battled Batman, when the Dark Knight and Superman embarked on a mission to erase every chunk of Kryptonite from the world: Corben’s heart was ripped of and replaced with an electronic one, that greatly reduced Metallo’s powers.

There is yet another version of Metallo, with John Corben being an officer under General Sam Lane‘s command. When the Parasite went on a rampage, Corben volunteered to battle him in a Kryptonite-fueled mechanical suit developed by Lexcorp; when Corben was almost killed by his own suit, Lex Luthor saved his life by integrating him into his suit. Blaming Superman for the accident, also this version of Metallo became one of the Man of Steel’s greatest and most dangerous enemies.

Metallo started his life as a simple criminal but became a much more powerful villain after having his body upgraded - due to his status as one of Superman's main enemies Metallo has appeared in many comics, TV series and video games based around the franchise: some of the more famous examples are his appearances in the Superman animated series, the Justice League and Smallvile - he also appeared in The Batman series. 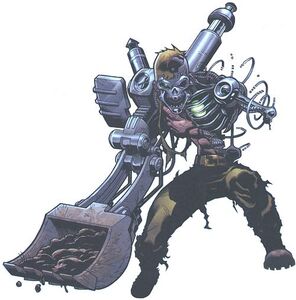 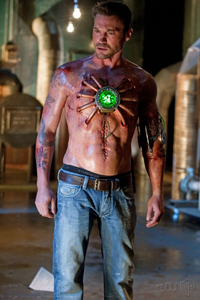 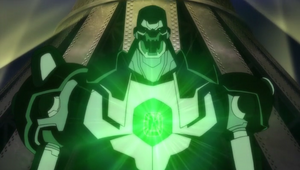 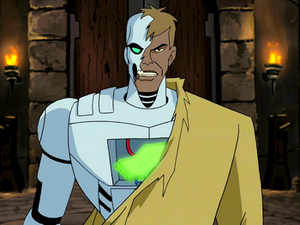 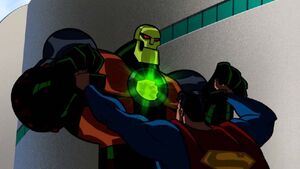 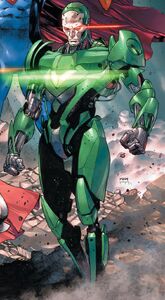 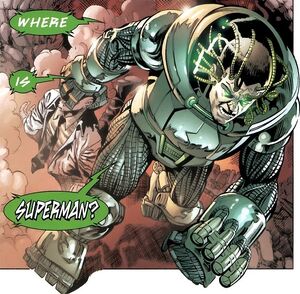 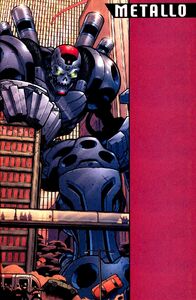 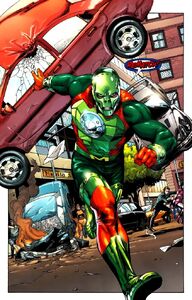 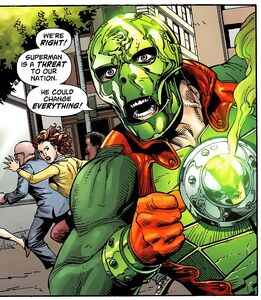 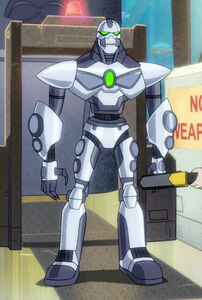 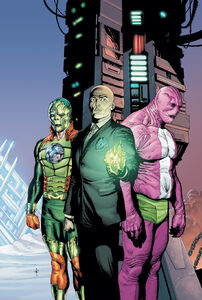 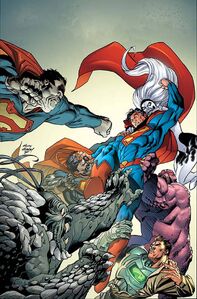 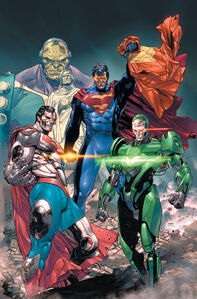 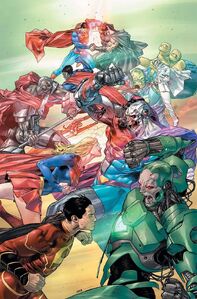 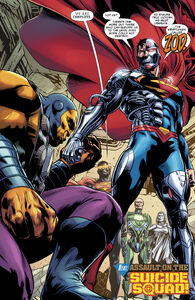