Member of the Four Rakshasa Demons

Serve as the Prime Minister's squad of executioners.

Mez was an antagonist in Akame Ga Kill!. She was a member of the Four Rakshasa Demons, who served as the Prime Minister's squad of executioners.

She was voiced by Aina Suzuki in the Japanese version, who also voiced Jashin in Dropkick On My Devil! and Mari Ohara in Love Live! Sunshine!!, and by Maggie Flecknoe in the English version who also voiced Saya Takagi in Highschool of the Dead, Shinka Nibutani in Chūnibyō Demo Koi ga Shitai!, Heroine in Amnesia, Shiori Misaka in Kanon and Maryelle in Log Horizon.

Little is known about Mez's past, at some point in her life, she was called to Prime Minister's personal squad of executioners, and like the other demons, she spent years of her life training to get to controls every particle of her body, until even her sweat. After spending years in training, Mez and the other demons were called by the Prime Minister to protect Bolic being killed by members of the revolutionary army, including the Night Raid.

After the Jaegers are called to protect Bolic, the Demons were hunting the assassins from Night Raid. Mez and Sten did a double to hunt members of the Night Raid in the city. After this, Mez and Sten went into battle with Lubbock, although both Demons are strong in number, Lubbock defeated the two easily. Mez had her back pierced by two knives that was linked to Lubbock's Teigu.

Mez was a short girl with a petite build. Her hair was blonde and styled in pigtails decorated with horseshoes that also served as weights. She had green eyes and her skin was considerably tanned. She wore long leggings and a shirt, which she left open, displaying a bikini/swimsuit top. Like her fellow Rakshasa Demons, she had armored plating on her forearms.

Mez seemed to be very easygoing, even when in combat. She casually seemed impressed by the death of her comrade and disappointed by the seemingly easy death of Lubbock. Her personality does not seem to change much even when her own life is in danger, even going so far as to respond to Lubbock's flirting. She also did not seem scared about dying or killing others, noting that as assassins it came with the territory.

She has similar abilities to the other Rakshasa demons. She can freely control her body. She has been show to be able to do the following:

Aside from the ability to control her body, she has also been shown to be really fast. Her speed increased even more when she detached the horseshoes from her hair.

She was also able to sense that Lubbock was suspicious, despite Lubbock being one of the best actors in Night Raid. 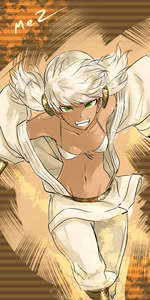 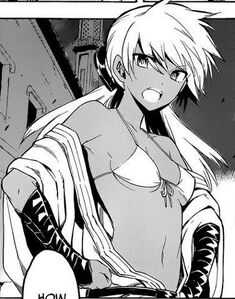 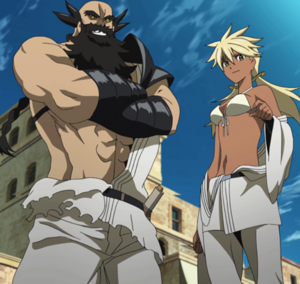 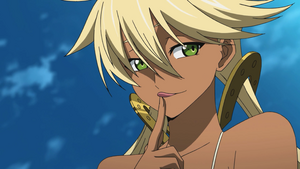 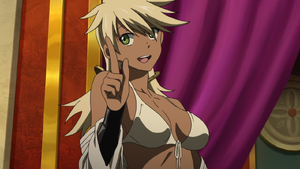 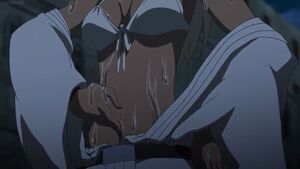 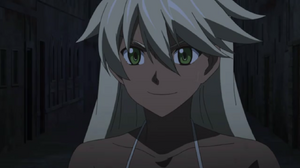 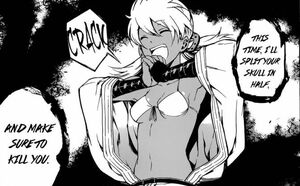 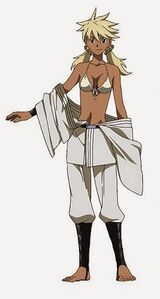 Retrieved from "https://villains.fandom.com/wiki/Mez?oldid=4061911"
Community content is available under CC-BY-SA unless otherwise noted.