Michael Tate is a minor antagonist in the 1998 spin-off video game Clock Tower II: The Struggle Within. He was the oldest sibling of the Tate family and serves as the secondary antagonist of the first chapter in the game.

Michael was the oldest child in the family. He was the son of the late Philip Tate and Kathryn Take, the brother of late Ashley and Stephanie Tate and the cousin Alyssa Hale.

After Stephanie found the Golden Statue and became infected by it and she went insane, Michael hides inside his samurai armor to evade her in the second floor. However, the helmet caused him to go insane and become a murderous stalker.

Later in the game, while Alyssa is walking around the Memorial Pharmaceuticals Research lab, after finding a key at the courtyard ground, Maxwell, unknowingly, throws Michael’s samurai armor down from the mirror up in the ceiling and into the courtyard.

Avoiding from being crushed to death by the falling armor, Alyssa immediately recognizes Michael inside the armor, presumably been killed by the fall. Although, it is unknown how he got in there in the first place.

It is unknown what happen to Michael’s corpse after that. But it is presumably destroyed when the lab explodes. 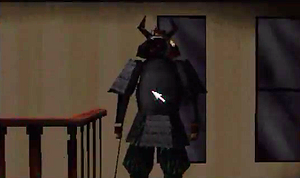 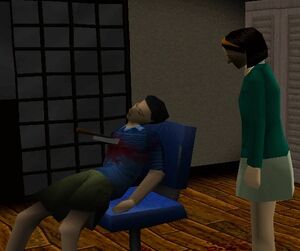 Michael, having been stabbed by Stephanie. 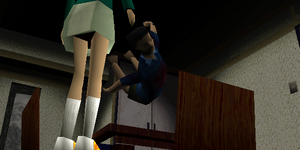 Michael's corpse falling from the ceiling. 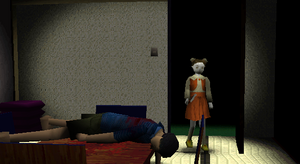 Stephanie about to give chase to Alyssa after Michael's body falls on the table. 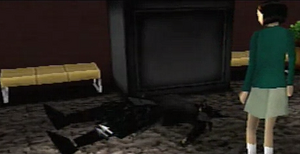 Michael, after being thrown down from the ceiling.
Add a photo to this gallery 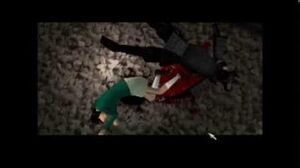 Retrieved from "https://villains.fandom.com/wiki/Michael_Tate?oldid=3579850"
Community content is available under CC-BY-SA unless otherwise noted.