Michalis is a young red-haired man who wears a black coat with matching pants and cape. On his feet, Michalis wears armored boots.

Michalis is a cold and ambitious king who believes that the strong should rule over the weak. As such, his actions as ruler include placing soldiers he considers cowards directly on the front lines, as well as executing subordinates who fail him. However, Michalis' rule is efficient enough that many of his subjects consider him the second coming of Iote, his distant ancestor and Macedon's first king. Furthermore, Michalis genuinely cares for his sister Princess Maria, regretting using her in his political machinations and eventually trying to rescue her when her life is threatened.

After assuming the throne of Macedon, Michalis forged an alliance with the Dohlr Empire, led by the brutal Medeus. His sister Minerva strongly opposed this arrangement, preferring to ally with Archanea. To ensure Minerva's compliance, Michalis held their youngest sister, Maria, hostage at Dohlr's Castle Deil. During Macedon's assaults on enemy nations, the great sage Gotoh repeatedly warned Michalis that his actions risked dooming both his country and family, but he refused to back down. When the Altean League stormed the Macedon Aerie, Michalis personally commanded an army of dracoknights to do battle. He was struck down by Minerva, who sided with Prince Marth after the League rescued Maria. With the king's presumed death, Minerva was crowned Queen of Macedon after the War of Shadow's conclusion.

Michalis ultimately survived his fight with Minerva thanks to Maria, who tended to his wounds and prayed constantly. When she disappeared early in the War of Heroes, Michalis decided to find her, moved by her compassion despite all he had done. Before beginning his search, he saved a heavily injured Minerva from the army of General Rucke, who overthrew her in a coup d'état. He brought his sister to the city of Khadein to heal and join Marth, who he begrudgingly treated as an ally for the sake of his siblings. In his travels, Michalis discovered that Maria, along with Princess Elice, Princess Nyna, and the cleric Lena, were brainwashed by the wicked Gharnef to assist with Medeus' resurrection and protection. Michalis failed in his attempt to save Maria and was grievously wounded in the process, but he was able to steal Gharnef's Starlight tome. Michalis lived long enough to reach a village in the Wyvern's Dale and give Starlight to Marth, after which he succumbed to his injuries.

However, in Fire Emblem: New Mystery of the Emblem, it is possible for Minerva to reach the village quickly enough to treat Michalis' wounds. She also scolds her brother for giving up, which strengthens his will to live. When Marth's army arrived at the Wyvern's Dale, Michalis joins him in the battle against Medeus. Should he be present in the final assault on The Dragon's Table, he believes he is unworthy of speaking to Maria after all that has passed, leaving Minerva to free her from her trance. After the War of Heroes, records are conflicted as to whether Michalis resumes his role as Macedon's king, or leaves to conquer another continent.

Michalis was made available to players on March 20, 2017 as the fourth Grand Hero Battle. His design is based on his Fire Emblem: Mystery of the Emblem incarnation.

Michalis' portrait in Fire Emblem: Shadow Dragon and the Blade of Light.

Michalis' portrait in Fire Emblem: Mystery of the Emblem.

Michalis' battle sprite in Fire Emblem: Mystery of the Emblem.

A fatally wounded Michalis is watched over by Maria.

Michalis' portrait in Fire Emblem: New Mystery of the Emblem. 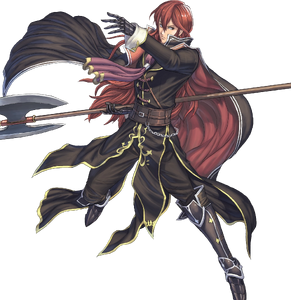 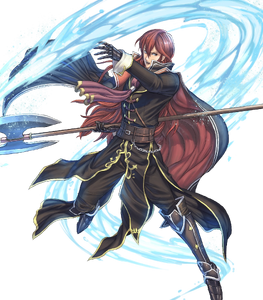 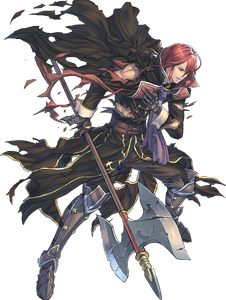 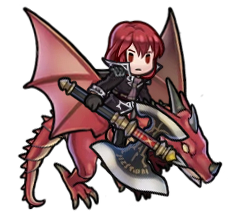 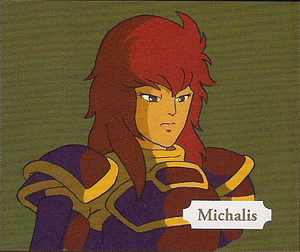 Official artwork of Michalis for Fire Emblem: Shadow Dragon and the Blade of Light. 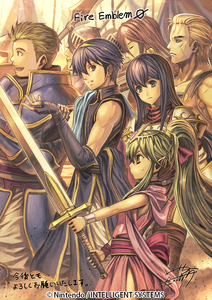 A redeemed Michalis among featured members of Marth's army for a Fire Emblem 0 art book.
Add a photo to this gallery

Retrieved from "https://villains.fandom.com/wiki/Michalis?oldid=4146893"
Community content is available under CC-BY-SA unless otherwise noted.