Host of the Nightmare

Be "granted eyes" by Kos and evolve (failed due to Kos' death by childbirth).
Ascend and become a Great One.
Stay within the dream (both failed).

Micolash (also known as the Host of the Nightmare) is the main antagonist and a boss in Bloodborne. He is a leading member of a branch of the Healing Church known as the School of Mensis.

He was voiced by Ryan Gage and Steven Elliot.

Micolash is seen wearing a dirty, tattered brown Mensis uniform and a Mensis cage over his head as an antenna. His skin-tone is dirty, with a short-haircut and a sickly expression.

It is not entirely clear what Micolash was like before his time within the nightmare, but it is clear that he was a devoted and high-ranking member of the Healing Church, being one of the leading members (and a possible founder) of the School of Mensis.

As a high-ranking member (and possibly the founder) of the School of Mensis, Micolash wished to achieve true greatness and enlightenment through the Great Ones. To do so, he wears a cage-like headpiece known as a Mensis Cage, which is said to "isolate the will of the individual to see world for what it really is" and to act as a conduit for the Great Ones. He repeatedly prays to Kos to "grant [them] eyes" and "cure [them] of their idiocy." His institution would kidnap infants as a means of luring the Great Ones, and was prone to doing nightmarish experiments and rituals on citizens, orphans of their orphanage and even other members of the Church, implying a sadistic, paranoid and even antagonistic view of his own fellow members.

He seems to possess an intimate understanding of the metaphysical properties of his own universe, as he understands that he dwells within a dream and that if he died within the dream, he would only "wake-up" and "forget everything" as a result, thus having a great fear of dying.

It is clear that from the way that Micolash mutters his prayers that his experiences - as well as whatever insight he has collected during his studies and stay within the nightmare realm - has driven him mad.

Micolash was originally a normal human being before his ascension, possessing no abnormal or supernatural abilities.

After the Choir members were sent to the Nightmare, Micolash was granted a variety of abilities. He has the ability to teleport, use various Arcane abilities, and animate marionettes and skeletal puppets to fight for him. His physiology is astral-projected through the Nightmare, his body having died and decayed away along with nearly every other member of his institution. Because of this, he would be unable to "wake up", dying when the Hunter kills him.

Micolash is one of the few members of the School of Mensis during the Nightmare ritual who actually appears in the Nightmare realm, implying that Micolash is stronger than most and was able to survive the transition.

Being the leader of the School of Mensis, Micolash wished to communicate with the Great One Kos and seek the Paleblood Moon. He began his madness by kidnapping people and gather their eyes hoping to grant insight. Not being aware of the premature death of Kos due to her childbirth, Micolash inadvertently created various undead beasts roaming around Yahar'gul and invited the Pthumerian Chime Maiden, causing the infestation on the first place. The Mensis Ritual, created by him and held by the said Chime Maidens, summoned The One Reborn into Yahar'gul.

Aside from the Yahar'gul incident, the School of Mensis had successfully captured a legitimate Great One for their studies, which is known as the Brain of Mensis, the founding may or may not be the reason for Micolash's obsession with eyes.

He is also a surrogate host for the nightmare created by Mergo, a stillborn Great One carried by the Wet Nurse. 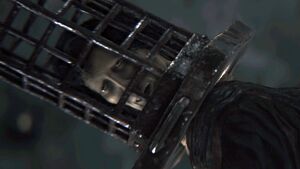 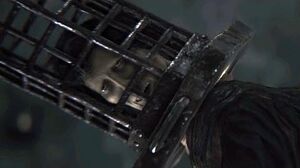 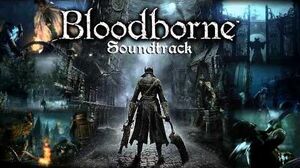