Midway Princess is an antagonist of the Kantai Collection series who first appeared as the E-3 Preboss Node Flagship in the Summer 2014 Event. She is one of the minions of the Abyssal Fleet.

She was a humanoid who generally appeared as an attractive young woman with a long white dress partially covering her shoulders and revealing her cleavage, along with white sleeves which ended below her wrists. She had two horns attached on her long flowy white hair. Her mouth was covered by black spikes which seemed to grow from her neck and she had small hand-sized claws with black sharp fingernails and what also seemed to be some diamond-like dots. She also wore black high heel shoes.

In the game, she served as the E-3 Preboss Node Flagship and E-4 Boss during the Summer 2014 Event. Her weakness was the Type 3 Shell due to being an installation type. She was immune to torpedoes, meaning that torpedo bombers and torpedo attacks would not land on her. During the Night Battle, ships could only attack her through their firepower.

In the anime, she served as the last enemy vessel encounter to the Fleet Girls during the first season. She evolved from Airfield Princess. 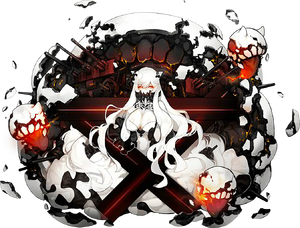 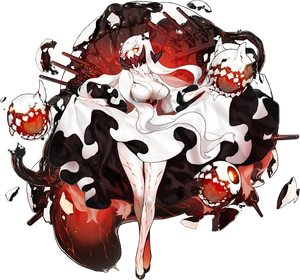 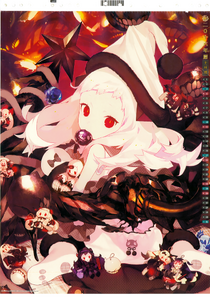 Retrieved from "https://villains.fandom.com/wiki/Midway_Princess?oldid=3499964"
Community content is available under CC-BY-SA unless otherwise noted.