To destroy the Plaza.

Mikayla is a supporting antagonist in the 2017 series OK K.O.! Let's be Heroes. She is animalistic robot manufactured by Boxmore and Lord Boxman's "daughter".

Mikayla first appeared in "We've Got Fleas" where she is sent in a box by Boxmore. She first has trouble getting out of the box but then she does get out and attacks K.O., Rad, and Enid forcing them to hide behind Rad's Van. K.O. then gets an idea to defeat Mikayla by becoming animals themselves. With some info from Dendy and were-animal bites from Crinkly Wrinkly, the heroes turn into animals and defeat Mikayla. After a while the heroes grew tired of being animals, so Potato asks them to go to a special place. Once there they meet up with Mikayla again who gives them their costumes. They find out that Mikayla just wants to be a human so they become friends with her.

Mikayla appears again in "The Power is Yours" where she is being teased by Shannon by the oil pipes of Boxmore.

In "You're In Control" Mikayla is seen watching Boxman Jr. fight T.K.O, then attending his funeral after his defeat. In "Lord Cowboy Darrel" Mikayla is seen observing Darrel running Boxmore and complimenting how good he's running the business. She is mostly seen with Shannon and Raymond throughout the episode. 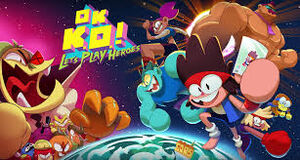 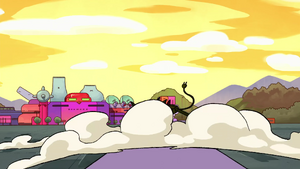 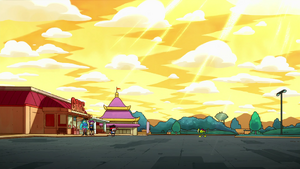 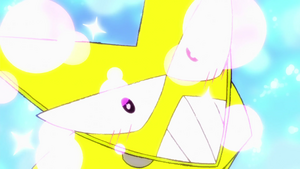 Mikayla's Original Design
Add a photo to this gallery

Retrieved from "https://villains.fandom.com/wiki/Mikayla_Boxman?oldid=3821677"
Community content is available under CC-BY-SA unless otherwise noted.