Michael "Mike" Barnes is the central antagonist of The Karate Kid Part III. He is often considered to be Daniel LaRusso's greatest foe.

He was portrayed by Sean Kanan in his first villainous role.

Mike Barnes was hired by Terry Silver to defeat Daniel in the All Valley Karate Championship, in exchange for 25% (later 50%) ownership of his new Cobra Kai dojos. It is shown that he is a highly skilled karate master. He proves to be far too much for Daniel (mostly because Daniel could not so much as land a single damaging blow to him until the end of the film). He constantly torments Daniel and tries his best to force Daniel into signing an application for the All Valley Karate Tournament (which Daniel chooses not to enter because he has no reason to fight). Later when Mike forces Daniel to sign up for the tournament, Miyagi trains Daniel for the event. At the tournament Mike (under Silver's instructions) to deliberate fights with Daniel by scoring points and then losing them with penalties. Despite his situation, Daniel manages to defeats him in a sudden death match with the kata that Miyagi taught him earlier. After being defeated, Mike starts pounding the ground in frustration.

His business deal with Terry Silver, John Kreese, and the Cobra Kai is off and Cobra Kai is shut down for good. After this Mike's later fate is unknown.

Although he does not make an appearance, it is revealed that the Cobra Kai was banned from the All-Valley Tournament because of his, Kreese's and Terry Silver's actions in 1985.

While Mike does not appear his picture is shown in a flashback when Daniel talks to students about the time he joined Cobra Kai.

Mike appears in a flashback when Daniel takes his daughter Sam to the All-Valley auditorium to teach her a lesson about his past. Sam thinks Daniel is going to tell her about his fight with Johnny, but instead he tells her about his fight with Mike the following year. Daniel only refers to Mike as "my opponent" but clarifies he was more ruthless than anyone else he ever fought, and that fighting Mike made him more scared than ever, to the point where he shut down and attempted to quit. However, he eventually overcame this fear.

After the surprising but inevitable return of Terry Silver to their lives, Amanda LaRusso asks Daniel if there are any more Cobra Kai foes from his past that will return. Daniel replies "No... well, at least I hope not...", referring to Mike. Otherwise, Mike does not appear in the season.

It is unknown if he would appear in season 5. However, It is heavily implied that he might return as Silver states to Kreese before his arrest is that he is going to call an old friend to help him managing the new expanding Cobra Kai franchise, which implied to Mike Barnes.

Mike is extremely vicious, aggressive and immoral. He repeatedly threatens and harms Daniel. He does everything he can to cause Daniel pain. He is more than willing to break the rules fight unethically which is demonstrated in the All Valley tournament. He even kicks Jessica, showing he is willing to be aggressive with anybody. It is very likely that he has an anger problem as he is shown to be angry throughout the movie and there are several occasions where he screams out of anger like a psychopath.

Mike has no morals and is willing to do whatever it takes to win which is evidenced in the All Valley Tournament where he repeatedly attacks Daniel illegally just to cause him pain instead of beating him honorably, though it is unknown if he would have done this had Terry not instructed him to, and personally attacks Daniel while he is lying on the mat hurt.

He can be compared to Dutch from the original movie and Chozen from the second movie as his behavior and actions seem similar to theirs to a certain extent, though he is much more angry and aggressive than them. He may be just as skilled as Chozen, but it is possible that he is more skilled than Chozen as he stuck fear in Daniel and only lost in the end because of the tiebreaker, while Daniel wasn't afraid of Chozen and truly managed to defeat him. 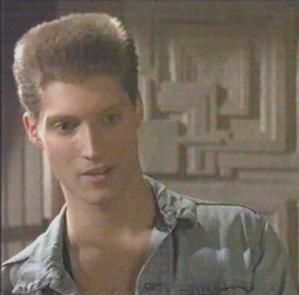 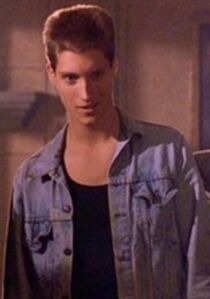