Sleeping on the job.
Slacking.
Being lazy.
Blaming others for his own faults.
Being spiteful towards the Powerpuff Girls

Get promotion to chief officer.

Take revenge on the Powerpuff Girls (both failed).

Officer Michael "Mike" Brikowski (simply known as Mike Brikowski) is the main antagonist of The Powerpuff Girls episode "Cop Out".

He is an obese, arrogant and completely lazy ex-cop who makes absolutely no effort to fight crime or help the people of Townsville. When he is fired for his laziness, he blames the Powerpuff Girls for his firing and vows revenge on them.

Mike Brikowski is the worst officer in the Townsville Police Department, as he never fights crime or helps the citizens of Townsville. Instead, he lets his fellow police officers do all of the hard work, while he just lazes around eating doughnuts, stopping at each doughnut shop, and sleeping in the car.

One day, Brikowski falls asleep during a bank robbery, forcing his partner Miguel Perez to call for backup. The rest of the cops arrive at the scene. However, his boss, the Chief, notices Brikowski sleeping and yells at him to wake up, but to no avail. Soon, the Powerpuff Girls show up and stop the robber and all the cops drive away. Brikowski wakes up to hear Perez tell him that he missed the best part: the girls saved the day. But Brikowski says that the girls are taking all the credit from the police. As Brikowski then requests Perez to stop for his first doughnut of the day, he states that he is up for a promotion any day now (despite the fact that he never actually did any police work).

Once at the TPD, Brikowski is called to the Chief's office. As Brikowski walks over, his co-workers angrily glare at him as he made them look bad during the robbery. Brikowski believes he is finally going to get his promotion, but instead, he is fired for making absolutely no work effort and sleeping on the job. Brikowski initially thinks that the chief is joking, but his now ex-boss yells at him that he is dead serious and calls him out on his incompetence, stating that he is the worst officer he had ever known.

The chief then forces Brikowski to hand over his badge, sunglasses and doughnut, but oddly allows him to keep his gun as a souvenir. Brikowski thinks the chief layed him off because he has to make cutbacks and blames the Powerpuff Girls, since they are the ones saving the day and "making the police look bad". Brikowski then punches a framed photo of the chief with the girls before storming out, much to the Chief's shock.

That night, Brikowski watches TV in his apartment when he sees the girls on the news and him being lazy and sleeping on the job. He flies into a rage and throws the TV out the window, planning on getting rid of the girls once and for all.

The next day, Brikowski tricks the mayor into calling the Powerpuff Girls to lure them into his trap (under a false claim that crooks plan to purchase confiscated weapons of Mojo Jojo from the police warehouse). The girls arrive and he tells them where the "crooks" are. As the girls enter the warehouse, Brikowski he warns them to be careful with an evil smirk forming on his face. Unknown to Brikowski, however, his former partner Perez had followed him and saw the whole ordeal and he calls the chief, telling him that Brikowski is up to no good.

Brikowski uses a gas gun to put the girls to sleep and threatens to drop them into a vat of acid. He blames the girls for making the police look bad. The girls say that's not true, they need the police as they're an important part of the city, but Brikowski refuses to listen and begins to lower the girls into the vat of acid. Brikowski is then arrested by the other police, including the Chief and Perez. Perez tries to stop the crane, but he is too late and the girls are doused in the acid. Fortunately, the girls survive due to their powers (though the acid still leaves them slightly bruised).

As he is being taken to jail, Brikowski claims he is a good cop gone bad. Blossom corrects him saying that he's not a good cop gone bad; he's a bad cop gone worse, much to the amusement of the narrator, who tells him that he will not get any doughnuts while serving time in prison. 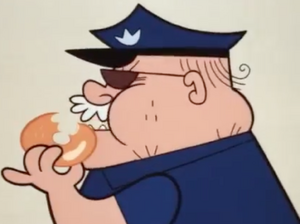 Mike Brikowksi munching on his donut. 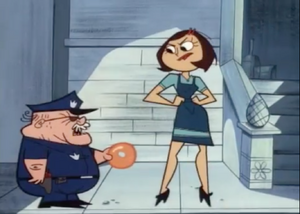 Brikowski being lazy by not helping out and the woman gives an angry glare at him. 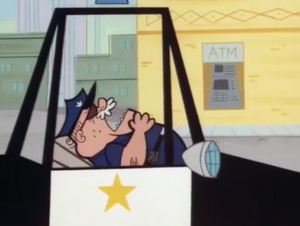 Brikowski sleeping on the job during a bank robbery. 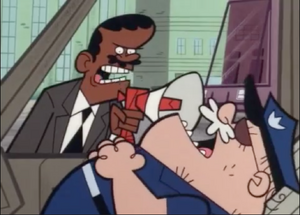 The chief trying to wake up Brikowksi, to no avail. 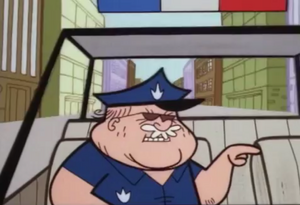 Brikowski ranting about the Powerpuff Girls. 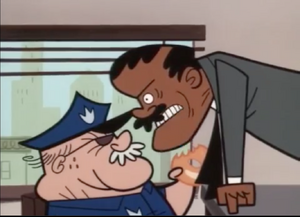 The chief fires Brikowski for doing absolutely no police work. 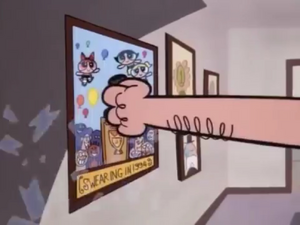 Brikowski punches a framed photo of the Chief with Powerpuff Girls before storming out. 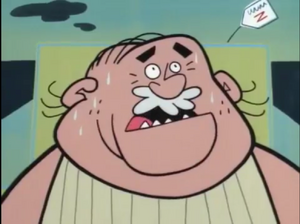 Brikowski sees the Powerpuff Girls on TV and himself sleeping on the job from this morning. 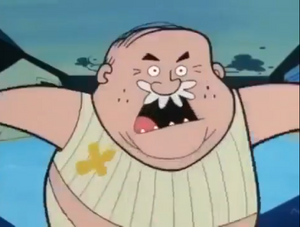 Brikowski flying into a rage. 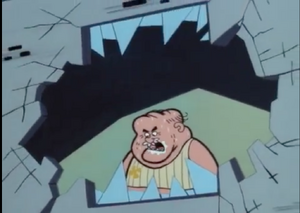 "Starting tomorrow, you girls ain't gonna be on the air no more!" 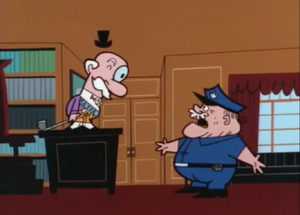 Brikowski tricking the Mayor to call the Powerpuff Girls to lure them into his trap. 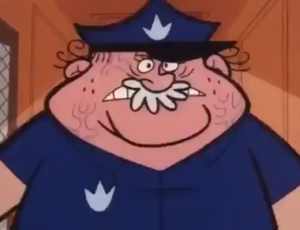 "And I'm just some jerk without any sunglasses!" 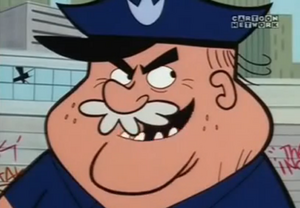 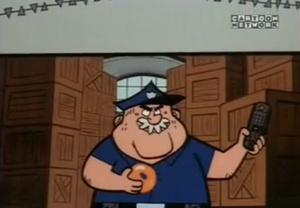 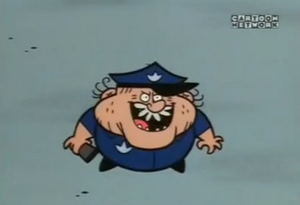 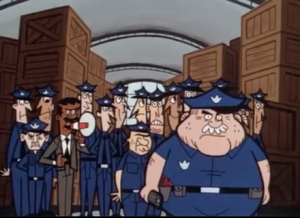 Brikowski realizing his defeat is imminent when his former officers arrive to the girls' rescue. 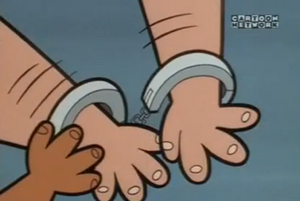 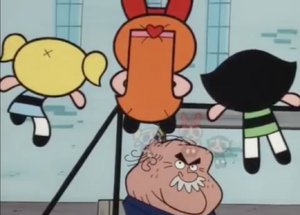