Assassinate Bob Lee Swagger and to gain money for his demise at all costs from Charles Meachum (failed).

Mikhaylo Sczerbiak is the secondary antagonist in the 2007 movie Shooter. He is a hired hit-man for Charles Meachum and Colonel Johnson.

He was portrayed by Rade Šerbedžija, who also portrayed Murad Hoxha in Taken 2, Andrei Strasser in Mighty Joe Young, and Boris the Bullet Dodger in Snatch.

In his past, Sczerbiak was an expert marksman known for his brutality. While others tried to kill their enemies, he shot to wound and then killed every man, woman, and child that rushed to aid. At some point, he was tracked down by the government in an abandoned 6-story building. Instead of sending soldiers inside, the military called in an airstrike and destroyed the whole building. Sczerbiak survived, but his spine was harmed, forcing him to move only by the help of a wheelchair.

At some point, he was recruited by Johnson to kill the Archbishop of Ethiopia.

Sczerbiak is one of the men present when Johnson decides that Swagger is the right man to frame for the assassination of the archbishop. He is also present when Swagger tells Johnson about the results of his investigation though Swagger is completely oblivious of the man's true identity. On the day of the President's speech, Sczerbiak assassinates the Archbishop of Ethiopia. Due to being trapped in his wheelchair, he kills the archbishop with a remotely controlled sniper rifle.

Raid on the ranch

When Swagger and Memphis invade the ranch, Swagger kills the four guards and finds Sczerbiak inside. He asks about Johnson's real name and motivation in killing the Archbishop. Sczerbiak tells Swagger, that like Swagger, he was recruited for a single job. He also tells Swagger the reason for the death of the Archbishop: He was about to lay open the genocide on a village in Eritrea by the US military because the village was in the way of a planned oil pipeline. Sczerbiak tells Swagger that the troops who committed the genocide were the same troops whose retreat he and Donnie covered three years ago and the milita that attacked them were people who sought revenge against the atrocity. While he talks, soldiers assemble around the ranch. When Swagger is warned by Memphis, Sczerbiak states that his last job was to keep Swagger busy until the soldiers arrived. He says that all he told was true, stating that Swagger would have known if he lied. He draws a gun and aims it at his head. He warns Swagger that Johnson has kidnapped Sarah, then commits suicide. His remains are destroyed when the farm blows up. 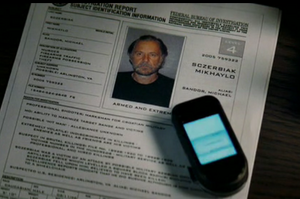 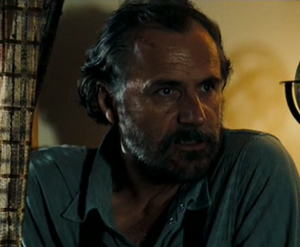 Sczerbiak revealing all he knows. 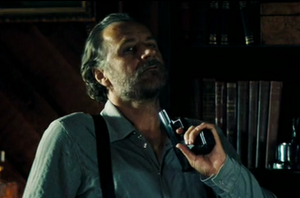