He was voiced by Mike Sage.

Larry-Boy and the Rumor Weed

The Milk Money Bandit confronts two children outside of a movie theater, and approaches them asking for some money. When they refuse, he reveals that he has been stalking them and knows that their mother gives them each $1.82 in milk money for their lunches. He steals the money from them and escapes up a building, but is confronted by Larry-Boy, who dangles him over the edge of the rooftop and shakes him so all the money falls back to the ground. He then carries the bandit away and drops him into a police car, where the officer claims that they have been looking for him for months. The Milk Money Bandit is taken away and imprisoned.

Larry-Boy and the Bad Apple

The Milk Money Bandit returns, but is now one of the Choco-Bandits who love to steal chocolate candy from children. He and his partner steal a chocolate bar from Junior Asparagus and drive away on their scooter, laughing evilly. Larry-Boy catches up to them and takes the candy back, and allows the police to arrest them and put them behind bars. 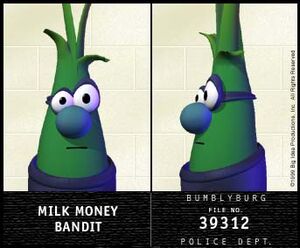 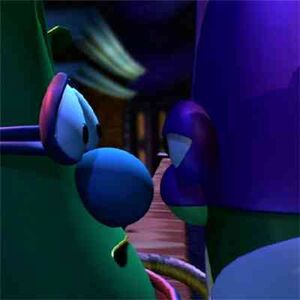 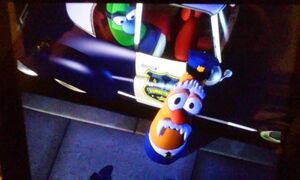 The Milk Money Bandit's defeat.
Add a photo to this gallery 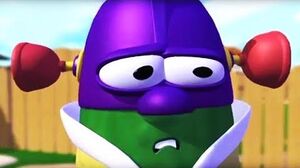 Retrieved from "https://villains.fandom.com/wiki/Milk_Money_Bandit?oldid=3842762"
Community content is available under CC-BY-SA unless otherwise noted.