Mocking Drew and making his life a living hell

Mimi Bobeck-Carey is Drew's arch-nemesis and the main antagonist of the television sitcom, The Drew Carey Show. Played by Kathy Kinney, Mimi is an overweight woman, who wears a lot of makeup, yet has a very high but unstable self-esteem (as an in-joke, Mimi's mother was played by Tammy Faye Bakker).

She vowed to make Drew's life a living hell after Drew denied her a job based on her makeup.

Mimi is also known for calling Drew "Pig" and "Doughboy", despite ironically looking like a pig herself.

Her pranks have included gluing Drew's hand to a pornographic magazine, covering Drew's desk with garbage, and eventually sending Drew to China while he is unconscious.

Mimi's past has a lot of connections to the world of music; she often talks about being a roadie for Foghat and was married to Eddie Money for two weeks after appearing at his first concert. Additionally, she admits to sleeping with both Joe Walsh and Peter Frampton. Frampton still carries a torch for Mimi; he has a tattoo of her likeness on his chest. Later on, Mimi becomes more of a friend to Drew (they agree to put their feud on hold while Mimi dates / marries Steve) and a good, if unconventional, mother to Gus.

Early in the series, it was revealed that Mimi was of Polish ancestry, and inherited the title of Duchess of Kraków after her aunt died. However, the episode with this content received a great deal of complaint from the Polish community, and all mention of Mimi's heritage has been removed from the show (with alternative footage placed over these bits in syndication).

Starting in 2009, Mimi resurfaced as a guest on The Price is Right during the show's April Fool's episode (hosted by Drew since October 15, 2007), first as a model (2009) and ransacking Michael G. Richards' position as executive producer on the show (2010). 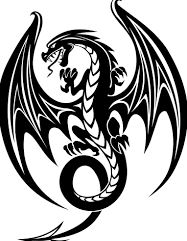