Villains Wiki
Register
Don't have an account?
Sign In
Advertisement
in: Kamen Rider Villains, Friend of a Hero, Vampires,
and 38 more

Queen of the Fangire Race
Member of the Checkmate Four

Kill Taiga Nobori so she and Wataru can be together.

In Love Villain by Proxy

Mio Suzuki is a meek and clumsy girl who is actually the Pearlshell Fangire and the Queen of the Checkmate Four in 2008, appearing as a central protagonist in Kamen Rider Kiva.

She was portrayed by Yuria Haga.

Mio was born in 1989. She fell in love with Wataru Kurenai after they meet at her previous job at a restaurant, where she was fired for being clumsy. However, her encounter with Fangires reveal that she is actually Maya's successor to the title of Queen of the Checkmate Four and the future bride to Taiga Nobori, donning an anklet from Bishop to complete her full transition into the Checkmate Four. Though in charge of killing traitors, which she has been reluctant to carry out, Mio is given the additional task of killing Kiva to protect their kind from him. Though she was unaware that Wataru is Kiva at first, still having feelings for him in spite of being forced to marry Taiga. After finding Maya and learning she can't rid herself of the title easily, she admits to Taiga she has no love for him before she learns that Wataru is Kiva.

Learning that Wataru was half Fangire, she tries to convince him into defeating Taiga and taking his place as the King of Checkmate Four so they can be together. But when Wataru declines her request, Mio attempts to kill Taiga herself after faking that she wants to marry him. However, in spite of this and due to conflicting emotions within her, Mio tries to stop the fight between Kiva and Saga, and is knocked away from the two by Kiva's wake-up fever finisher, as Bishop takes his chance to fatally wound her for her earlier action. On the verge of death, Mio gives Wataru the ring he gave her during their early dating, and he puts it on her finger before she crystallizes and shatters. Wataru never realized that Mio was actually killed by Bishop, not himself, and was never told, at least not on-camera. When Jirou sends Wataru to the past to meet his father and help him decide on how to live his life, Wataru initially tried to interrupt the relationship of his parents, believing that if he was never conceived, he would not exist, and Mio would not have perished in the present day. Mio appears to Wataru as a spirit from the shard he kept as a memento before Wataru traveled to 1986, encouraging him to live on and giving him closure. The shard disappears into thin air after this.

While it is without a doubt that Mio is currently deceased, Fangires have demonstrated that they can restore their dead kin to life, either fully, or as mere puppets. This is traditionally accomplished with human life force drained from the victims. In the series finale, Taiga is leading his company to seek out an alternative to human life force. If discovered, this new energy may also be used to raise Fangires from the dead.

Just like her predecessor Maya, Mio can transform into the Pearlshell Fangire and can utilize all of the previous Queen's powers, though she can turn day into night with a violet moon in the background and her Fangire form is indigo compared to Maya's being a pink color. As the new Pearlshell Fangire, Mio can generate several pearls that act as an extension of her will in attacking her enemies. 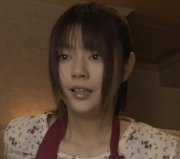 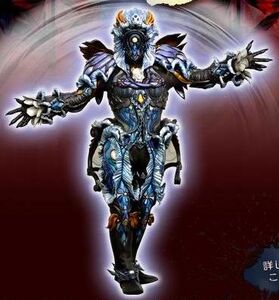 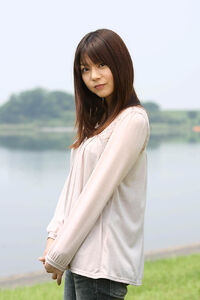 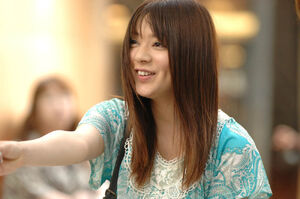 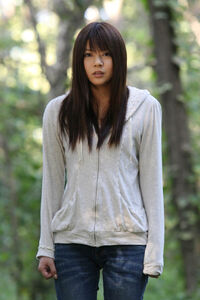 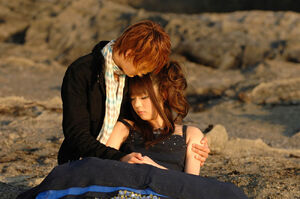 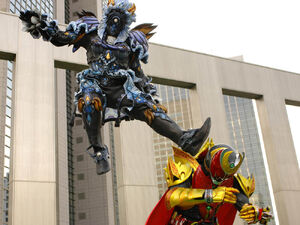 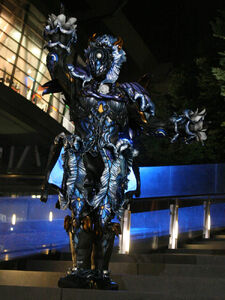 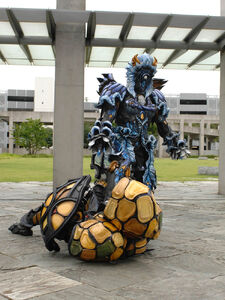 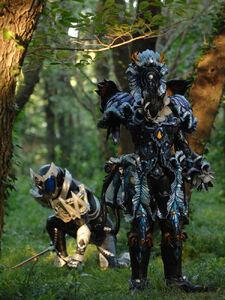