Miranda is an evil shapeshifter and a villainess in the W.I.T.C.H. TV series. Like Lord Cedric who is a fellow native citizen of the magic world of Metamoor (Meridian) and also her lover, Miranda is a shape-shifter with two forms:human and animal.

In her human form, Miranda is a small Asian black haired girl in her early teens, wearing a green and yellow dress. In her animal form, she is a hairy four-legged, 4-eyed spider-like creature with the power to climb walls and shoot webs.

When knocked unconscious, Miranda returns to her human form. While masquerading as a student in Heatherfield, she went by the alias Melinda.

Miranda was first introduced into the animated series mid-way through season 1 when she was brought in by Prince Phobos to act as a friend and playmate for Elyon. In this guise she played the part of an orphaned servant girl who was taken in and cared for by Phobos after her parents were killed by monsters. Her primary role was to keep Elyon occupied, and to help her evil biological brother maintain the illusion of himself being a kind and benevolent ruler, by concealing or explaining away anything that showed this not to be true. Her deception and true nature were revealed to Elyon late in season 1, when right after Phobos reveals his true intentions to Elyon, she begs Miranda for help, but she scorns her mistress and transforms into her beast form. Miranda was imprisoned along with Phobos and the rest of his minions at the end of season 1.

Early in season 2, Miranda was released from confinement by Nerissa. She, along with several other former minions of Phobos, joined the Knights of Vengeance. Miranda, along with Sandpit, then traveled to Earth, where she masqueraded as a new girl, named Melinda, attending Sheffield, and attempted to implicate W.I.T.C.H. in Elyon's disappearance from Earth. Her efforts were thwarted when Elyon returned from Meridian.

After failing to frame W.I.T.C.H. on Earth, Miranda lead an attack on Elyon's prison, freeing Phobos, Cedric and the Lurdens who had remained loyal to them. However, her former master was less than grateful, due to the fact Miranda had not released him from his cell when Nerissa had freed her. As punishment, he shrunk her to the size and form of common spider, and abandoned her in a cell with Cedric.

When Nerissa threatened both Earth and Meridian, Caleb and the Guardians allowed Phobos to release Miranda and Cedric, on the condition that they help them to defeat Nerissa. When Phobos betrayed the Guardians, Miranda followed him, however she later double crossed her former master and joined with Lord Cedric during the invasion of Kandrakar. At which time was revealed that she and Cedric were romantically involved, and that they had been plotting against Phobos ever since he abandoned them in the castle's dungeon at the beginning of the season.

Despite using the power of the Sceptre of Phobos (formerly the Seal of Nerissa), to grow to an enormous size, Miranda is eventually defeated by the combined efforts of Caleb, Blunk Sandpit and Luba. 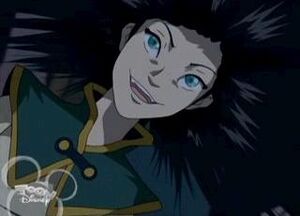 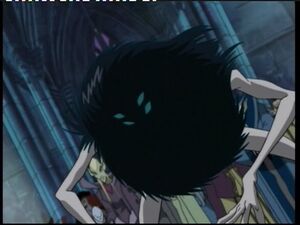 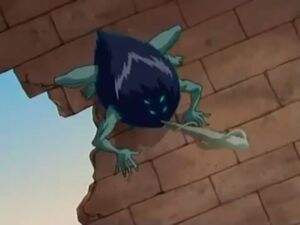 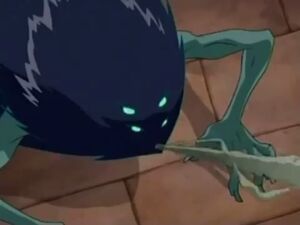 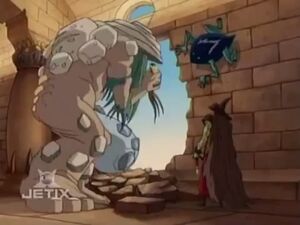 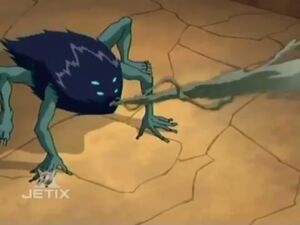 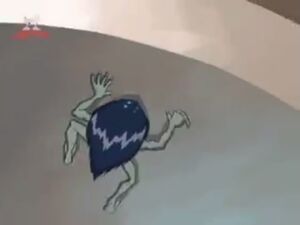 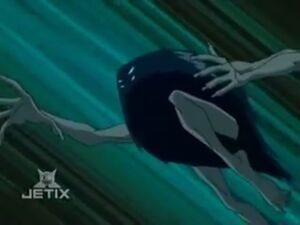 Retrieved from "https://villains.fandom.com/wiki/Miranda_(W.I.T.C.H.)?oldid=2239066"
Community content is available under CC-BY-SA unless otherwise noted.