Having sex with May.
Smoking.

Make as many NUKE drugs as he can and sell them to the government for profit.

Kill Lucio and May as revenge for stealing his drugs (both succeeded).

Miro is one of the three main protagonists (along with Lucio and May) in the 2016 horror short film H.L.L. After making a deal with the government to supply them with NUKE drugs, he, Lucio, and May would lure people into their apartment before murdering them in order to extract ingredients needed for the drugs from their heads.

He was portrayed by Sebastian Romero.

Miro is a ruthless, cold-hearted and bloodthirsty sadist who cares about little more than the award he’ll get for manufacturing and dealing NUKE drugs for the government. He shows no hesitation towards killing people for the drugs, and he is even willing to brutally murder his own accomplices for stealing his drugs.

Miro seems to be capable of being friendly, as shown when he playfully offers a young boy his taco, but by the end of the day, this is proven to be nothing more than a facade that he is using to avoid suspicion.

Miro is first seen having sex with his girlfriend May. He is next seen trying to hand NUKE drugs to government agents. Unfortunately for him, the agents are unsatisfied as he doesn’t have a sufficient amount of drugs, so they reject the drugs and ask him to get more.

Miro decides to go order some tacos. He plays around with a little kid before handing the kid a taco.

Later, May lures a man into Miro’s apartment, and Miro strangles the man to death before extracting drug ingredient from his brain. He then tastes the drugs with May and Lucio.

Upon finding out that some of his drugs were stolen, Miro tortures May to death before beating Lucio to death with a hammer.

At the end of the short film, Miro hands NUKE drugs to the government before preparing to murder a young boy who is strongly implied to be the same person Miro offered a taco earlier. 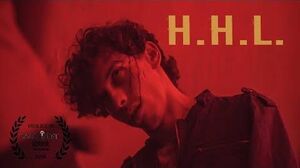