Ridding the world of "Elites"

Kumagawa is an antagonist from the manga/anime Medaka Box. He appears in Chapter 55 of the manga and episode 11 of the second season of Medaka Box: Medaka Box Abnormal. Throughout his life, Kumagawa has had a major influence on almost all of the main characters of Medaka Box, including the work's titular protagonist, Medaka Kurokami.

At first, he was only referred to during his days at Hakobune Middle School, where Medaka inexplicably kicked him out of the academy after trying, and failing, to reform him. Later, it is revealed that, as a child, Kumagawa had briefly met with Medaka in a clinic for abnormal children. He's been in transit for most of his life, transferring from one school to the next, but later arrives at Hakoniwa Academy to usurp Medaka, who has become the school's student council president.

As a child, Kumagawa was sent to Hakoniwa General Hospital to be tested for abnormalities. By coincidence, he met Medaka there and sat next to her. After sharing his nihilistic views on life and humanity with the girl, he had been called in by a staff member and then met Hitomi Hitoyoshi. Kumagawa tried to bribe Hitomi into not testing him by giving, her data on abnormals which he had accumulated through unknown means. Hitomi refused however, which prompted Kumagawa to threaten Hitomi's son, Hitoyoshi Zenkichi, by stating he had wished to "play with him". Hitomi recognized the threat and retaliated.

In response, Kumagawa told her that whatever choice she picked, either she would become corrupt or her son would be endangered. To her great reluctance, she ended up accepting Kumagawa's bribe and, soon after, quit her job. Hakoniwa General Hospital mysteriously went out of business afterwards. It was unknown whether this was coincidence or influenced by Kumagawa in some way (it is later revealed that the hospital was destroyed by a group of abnormal children with similar personalities to that of Kumagawa).

Kumagawa met Medaka again in Hakobune middle school. Medaka was actively trying to reform people she saw as immoral or "wrong". Naturally, Kumagawa fell into this category. Through mysterious means, Kumagawa was somehow able to procure a position as student council president despite having an approval rating of 0%. He manipulated a delinquent by the name of Kouki Akune, who was also his general affairs manager, into beating down people he saw as a threat to their "little paradise", including Medaka.

Akune followed the order and started beating Medaka down day after day until she would stop coming to school. However, Medaka allowed the beatings to occur so that she may touch Akune's heart. Upon defending Akune from a gang of angry students led by Hitoyoshi Zenkichi, Akune fell in love with Medaka and soon stopped beating down students.

This act of reformation was the spark that would soon start a war between Medaka and Kumagawa. Eventually, Medaka witnessed Kumagawa's murder of his vice-president, Ajimu Najimi. Her face was ripped off and Kumagawa had her blood on his hands.

Enraged, Medaka beat him to an inch of his life, crying and asking "Why?" as she did it. Kumagawa begged for her to stop and promised that he would be good from now on. Medaka accepted Kumagawa's apology and he was expelled the very next day. It is never quite explained how he got away with Ajimu's murder, as no character even makes a reference to it in either the manga or the anime. The entire incident left Medaka and Zenkichi both traumatized.

In a spin-off manga featuring the titular character, Kumagawa then transferred to Suisou academy. Kumagawa introduced himself to his classmates by stating that he had transferred to their classroom from Shounen Jump. Thinking of it as just a joke, the whole class started to laugh. Kumagawa responded by brutally stabbing everyone in the classroom in the blink of an eye (with giant screws).

Kumagawa than undid the damage done to the students (but kept their memories of it intact). He went on to spout more gibberish and not a single person so much as smiled.

Later, Kumagawa was called out by a girl by the name of Saki Sukinasaki. She told him that the president of the academy, Jakago Aki, wished to greet him since he was a transfer. Kumagawa agreed and they traveled to the student council room. There, Kumagawa hinted at knowing about Jakago's power to control air and flatly stated that it was Saki who told him this. Jakago punished Saki for telling him about her by taking away her air and Kumagawa briefly stood by before acting frantically in order to protect Saki from Jakago's abuse. Smirking on Kumagawa's odd behavior, Jakago offered her hand to him as a welcome to Suisou academy. Kumagawa obliged and, in the second Kumagawa's hand had nearly touched Jakago's, Jakago felt something extraordinarily ominous and quickly retracted it. Kumagawa gave her a confused look. After some more pauses, Jakago finally let Kumagawa go, not even bothering to try to shake his hand again.

Upon letting him go, Jakago and her gang were suddenly overtaken by Saki, who had revealed that she had the power to manipulate people's minds however she wanted and she had been using Jakago as a proxy ruler, only playing the innocent victim. To test out Kumagawa's prowess, Saki sent the brainwashed student council to assassinate him.

At first, it seemed that the student council had the edge, but it is then revealed that Kumagawa had only been faking his loss to test out Jakago's abnormality. He then proceeded to stab every girl, quickly than they could even react, leaving only Jakago to fall on her knees in despair.

Telling Jakago that she could live if she got out of his sight and promised that she would never bother him again, and that he was a fickle person and could change his mind about it in five seconds, Jakago quickly complied. Kumagawa screwed her in anyway and told her that, since he was a fickle person, he had changed his mind about the five seconds. Jakago, with her dying breath, called him a liar, and Kumagawa responded by telling her to remember that word. The kanji for the word happened to coincide with the phrase "All-Fiction": the name Kumagawa had given to his ability to undo anything. (Note: It is assumed that he undid their deaths afterwords.)

The next day, Kumagawa was approached by Sukinasaki again. She stated that since the president was currently out, someone would have to replace her. And she nominated Kumagawa as the candidate. Kumagawa refused by stating that no one would vote for him since he was a new student. To which Sukinasaki replied by telling Kumagawa that his classmates were more than willing to vote for him. It was then shown that Sukinasaki had already brainwashed Kumagawa's classmates. Kumagawa grinned and said that it was Sukinasaki's win. 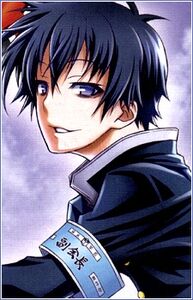 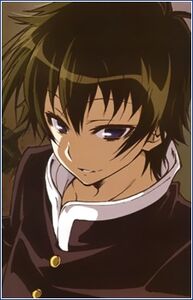 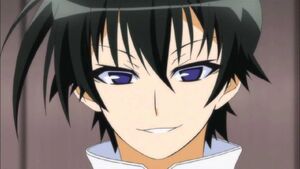 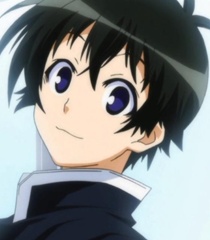 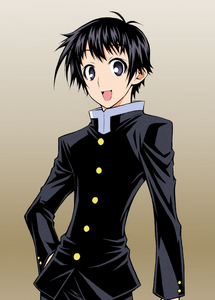 Add a photo to this gallery
Retrieved from "https://villains.fandom.com/wiki/Misogi_Kumagawa?oldid=3787443"
Community content is available under CC-BY-SA unless otherwise noted.