Misokatsun is an antagonist from Dragon Ball Z. He is one of the three bio-warriors created by Dr. Kochin along with Kishime and Ebifurya.

He was voiced by the late Daisuke Gōri and currently by Tsuyoshi Koyama in Dragon Ball Heroes in the Japanese version, and by Robert McCollum in Funimation dub, Ward Perry in Ocean Group dub and Ed Marcus in AB Groupe dub in the English version.

Misokatsun first appeared when he attacked Piccolo along with his two comrades and easily defeated him. After Kochin decided to see exactly how strong Master Roshi was, Misokatsun, Kishime, and Ebifurya were sent into an arena to fight him. During the fight, Misokatsun demonstrated the putty like properties of his body by deflecting a Kamehameha wave from Roshi. Misokatsun later attacked Goku upon his arrival at the fortress and absorbed one of his punches with ease. Later he chased after the Saiyan inside the fortress and continued their battle, but Misokatsun was finally destroyed when Goku used his Kaio-ken to plow through him.

Along with countless other Dragon Ball antagonists, Misokatsun makes a cameo appearance in the 1995 film Dragon Ball Z: Fusion Reborn, when the residents of Hell, make their escape to Earth.

In TeamFourStar's Dragon Ball Z Abridged series, Misokatsun, along with Kishime and Ebifurya, was originally a cute, cuddly pet of Dr. Wheelo. At some point in time, for no apparent reason, Dr. Kochin decided to turn Wheelo's pets into killing machines without his master's consent. When Kochin sent the bio-warriors to attack Roshi, Wheelo was genuinely shocked to see what Kochin had done to his pets and called him out on it, as they were the only companionship he had while Kochin was away. Misokatsun is killed when Goku uses his Kaio-ken to stretch Misokatsun beyond his limits.

Misokatsun is quite fast and agile despite his sluggish appearance and possess various other superhuman abilities common in Dragon Ball. His body is also very putty like and can absorb most attacks with ease. 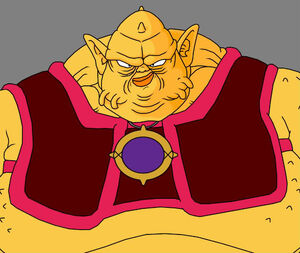 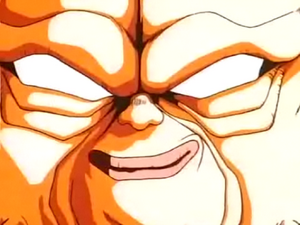 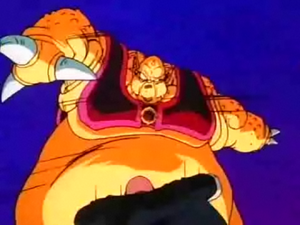 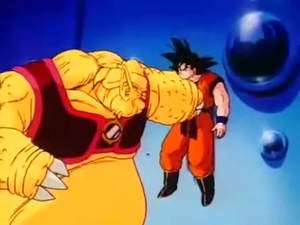 Misokatsun pinning Goku against a wall. 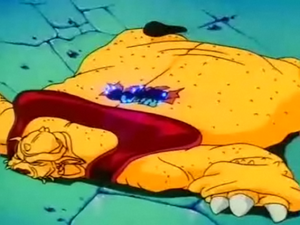 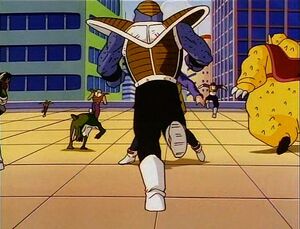 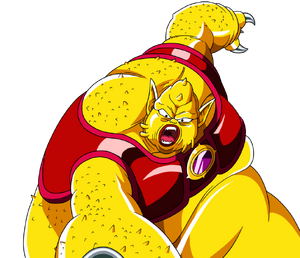