Villains Wiki
Register
Don't have an account?
Sign In
Advertisement
in: Mature, Family Guy Villains, Friend of a Hero,
and 18 more

Get revenge on Brian for making her end up in prison (formerly).

Miss Emily is a minor antagonist turned anti-heroine in Family Guy. She was the teacher at Tiny Tots Preschool that Stewie Griffin attends. In Season 10 she was an abusive teacher, allowing the kids to do whatever they want, without showing any care if they get harmed or not. She turned Stewie's situational ally in Season 11.

Miss Emily made her first appearance in the episode; "Be Careful What You Fish For". When Stewie leaves the daycare covered in finger-paints and reports neglect in the classroom, Brian Griffin offers to discuss matters with Miss Emily. But when Brian scores a date with Miss Emily, he resorts to running interference with Stewie to keep him from getting Miss Emily in trouble when she dislocates his arm until Brian has a chance to have sex with her. But when Brian discovers she already has a boyfriend named Devin, Brian decides to do the right thing. As Emily is arrested by the police, Brian quotes "What you did to these kids, there's a special place in Hell for people like you." As the police car carrying her drives off, Brain and Stewie make cracks about Miss Emily becoming "Les-Chow" as Brian takes Stewie to find a new pre-school for him.

Miss Emily later appears in the episode, "Valentine's Day in Quahog". Stewie gathers scores of Brian’s former girlfriends including Miss Emily to get to the bottom of why he’s unsuccessful in love. 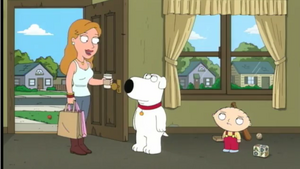 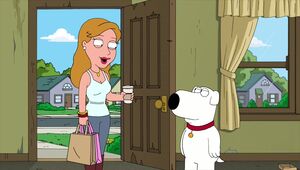 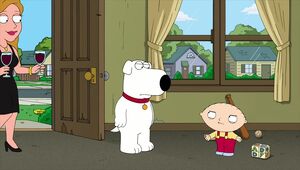 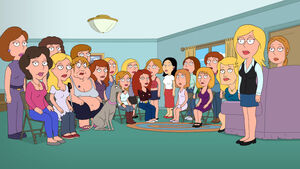 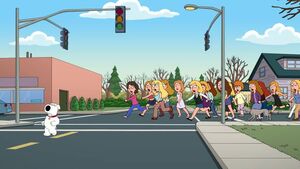