Headmistress of the Chapman Academy (formerly)

Taking tours around the Chapman Academy.

Miss Gwyneth Harridan is the main antagonist of the 2003 comedy film Daddy Day Care. She was the headmistress of the Chapman Academy, a preschool she supervises in a fashion similar to a military school. She is also Charlie Hinton's arch-rival.

She was portrayed by Anjelica Huston, who also played Miss Emily in the 1983 PBS adaptation of William Faulkner's "A Rose for Emily," the Supreme Leader in the 1986 3D film and former theme park attraction Captain Eo, the Grand High Witch in the 1990 film The Witches, Gothel in Barbie as Rapunzel, and Miss Battle-Axe in the film adaptation of Horrid Henry.

Charlie Hinton is a recently laid-off food products marketing executive and stay-at-home father whose wife Kim has just gone back to work as a lawyer. They enroll their child, Ben in Chapman Academy, a very academic pre-school headed by Miss Gwyneth Harridan. But when Kim finds out how much the parents have to pay per month, she takes Ben out of Chapman and looks for other daycare facilities. Unable to find either a suitable daycare or new employment, Hinton opens up a day care center in his home with the help of his best friend Phil Ryerson and calls it Daddy Day Care. At first, the local moms are suspicious of men wanting to work with children, but as Daddy Day Care is cheaper and more child-centered than the academy, the latter begins to lose students.

Unwilling to accept the presence of competition, Miss Harridan attempts to shut down Daddy Day Care by notifying child services that Charlie and Phil are not following the relevant regulations. Mr. Kubitz, a director of child services, notifies them of the codes that need to be fixed, which Charlie and Phil quickly correct. Daddy Day Care grows in popularity and attracts more children. Mr. Kubitz informs Phil and Charlie that they need another employee to keep an appropriate ratio of children to caregivers. Luckily, Marvin, a nerdy former co-worker, had dropped by, and after seeing how good he is at entertaining the children, Phil and Charlie ask him about joining. Marvin is unsure at first, but then finds himself falling for Kelli, the single mother of one of the children, and agrees.

Later, Mr. Kubitz tells them they have too many kids to stay at Charlie's residence. They find an abandoned building with potential, but do not have the money to buy it. They hold a fund-raising event called "Rock for Daddy Day Care", which Miss Harridan finds out about. Miss Harridan and her assistant Jenny wreck the festival by unplugging a bouncy castle, filling the food with cockroaches, switching face paint with glue, releasing animals from the petting zoo and turning on the park sprinklers. Daddy Day Care does not raise enough money. Shortly after, Charlie and Phil are offered their old jobs back, accepting Miss Harridan's offer to take the kids back to the academy. Marvin, heartbroken by the closing of the day care, declines Charlie and Phil's offer to be on board their marketing panel.

Charlie soon realizes during a cereal pitch that the time he has given to his new life, and the increased bond with his son is "the most important thing", and starts to question the morality of his current assignment (which involves marketing high-sugar breakfast cereal to children). He resigns his job, and successfully convinces the children and their parents to return to Daddy Day Care, making it a raging success, causing Chapman Academy to shut down. Marvin is now in a relationship with Kelli. Miss Harridan now takes a job as a crossing guard, and her former assistant, Jenny, joins Daddy Day Care at the new facility. Harridan is then ambushed by bees (due to a flower Crispin placed on her vest) as the film ends. It was presumed she was taken to hospital for medical treatment after getting stung by a swarm of bees. 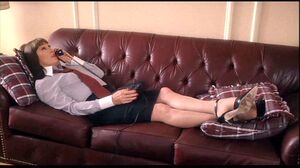 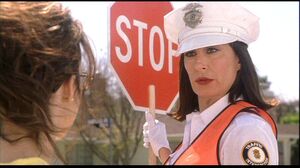