Attempting to kill the X-Men.

Experimenting on Mutants and humans.

Nathaniel Essex, better known as Mister Sinister, is a major antagonist in Marvel Comics. He is a powerful mutant supervillain that is often depicted as being the right-hand of Apocalypse, although they tend use each other only for their own ends. A brilliant geneticist, he is obsessed with evolution and evolving humanity, as well as creating what he views to be the perfect mutant, with his schemes to do so frequently bringing him into conflict with the X-Men. He is also the archenemy of Cyclops, being personally responsible for manipulating and orchestrating numerous tragedies in the former's life.

During the 19th Century, before his mutation, he was an ordinary archaeologist named Nathaniel Essex, after he had an encounter with the SuperMutant Apocalypse who used his technology to transform Essex into "Sinister", the last dying word from his wife ever spoken to him. Soon after, a time displaced Gambit and Courier approached Sinister for help. Sinister agreed to help them, as long as he could have a DNA sample from Courier. This DNA sample allowed Sinister to replicate Courier shape shifting abilities, and within Sinister’s own body.

By the early 20th Century, Sinister had cracked the genetic genome and was willing to share the information with Herbert Edgar Wyndham, who would later become the High Evolutionary.

During World War II, Sinister had worked alongside the Nazis, collecting as many blood samples as he could. It was during this time that he first saw Sub-Mariner, and was inspired to create an excact copy of the Superbeing. The clone was experiment N2 and had varied success against the original Namor but was defeated by Captain America, shortly afterwards Some time later, Sinister recruited Gambit to gather together the Marauders and ordered the massacre of the Morlocks. Sinister had then cloned Jean Grey in the form of Madelyne Pryor, so that Cyclops would have a child with her, which Sinister would view as the Ultimate mutant. eventually, Cyclops then rejected Pryor when Jean returned from stasis, and the youth would be carried to the future, where he would return to present era as Cable. Sinister's machinations would lead to the event known as Inferno, where Cyclops supposedly killed Sinister with an optic blast, although Sinister then resurfaced alive and well, when he revealed that there was a third brother of Summers.

Sinister was involved in Stryfe's attempted assassination of Charles Xavier, trading Cyclops & Jean Grey to Stryfe in exchange for their DNA. However, Stryfe actually gave Sinister the Legacy Virus, which would terrorize Both mutant and eventually human organic life altogether, and lead to the deaths of several other mutants.

Sinister later involved himself with Nate Grey and the mutant Threnody. He joined the reestablished Weapon X program as Doctor Robert Windsor, claiming to help fellow mutants escape Weapon X's mutant concentration camp "Neverland," but in reality, he took them to be his test subjects for his experiments.

Mister Sinister, also known by his true name Nathaniel Essex, is referenced in the post-credits scene of X-Men Apocalypse, where a group of mysterious men dressed in suits are shown entering the Weapon X facility at Alkali Lake and retrieving vials containing Wolverine's blood. The vials are placed in a briefcase bearing the name "Essex."

He was meant to appear in the post-credits scene of New Mutants, being portrayed by Jon Hamm, who also played Buddy in Baby Driver and Herb Overkill in Minions. He has since been removed from the film.

It is most likely that due to Essex Corp being under his name and that the organization has been behind certain events of X-Men: Apocalypse (Weapon X data), Deadpool 2 (Headmaster and Firefist) and New Mutants (Cecilia Reyes). Mister Sinister would have been the overarching villain of the New Timeline had the X-Men Cinematic Universe not ended with New Mutants.

In the 2013 video game Deadpool, Mister Sinister, or as Deadpool likes to call him, "Captain Douche", is the main antagonist, attempting to harvest mutant DNA from mutant corpses to become more powerful. His first move is hiring the corrupt media mogul Chance White, sending the Marauders to save him from Deadpool, who was trying to kill him and fulfill a contract.

After Deadpool kills Arclight, the rest of the Marauders bring White to Sinister, revealing that White was setting up satellites for Sinister to control. Deeming Chance no longer useful, Sinister ordered Blockbuster to kill him. Angered over losing his money, Deadpool kills Vertigo with a gunshot and subdues Blockbuster with a kick before holding Sinister at gunpoint, demanding the money that the now-dead White owed him. The terrorist, however, easily defeated the Merc with a Mouth by using his telekinesis to violently dismember him, leaving Deadpool to regenerate unconscious.

Afterward, Sinister went to Genosha with the now-conscious Blockbuster in order to profane mutant corpses for their DNA, with Deadpool, the X-Men, and even Cable trying to stop him (Deadpool however, did not care about Sinister's plan and just wanted to kill him for revenge over his lost contract). In his way to find Sinister, Deadpool interfered in his plans, as he killed a clone of him which was broadcasting a signal through a security tower, rescued Rogue from Blockbuster, and stopped the profaning of corpses with Cable's help.

When Deadpool finally got to Mr. Sinister's base, Magneto's old citadel, the villain sent numerous clones, including that of the late Marauders, to fight him. After the Merc killed them all, the real Sinister finally showed up, angry with Deadpool's interference, quickly subduing the recently arrived X-Men using concussive blasts. Sinister started insulting Deadpool, without noticing he was standing right in a giant "X" the mercenary had painted before the final battle. Deadpool, commanding the player to "push the button", proceeded to punch Sinister in his crotch, and used a modified boot of a destroyed Sentinel to crush him when he was reeling from the pain, finally killing him. Initially confused if he was the real Sinister, Deadpool learned to his relief from Cable that he was indeed the real deal. 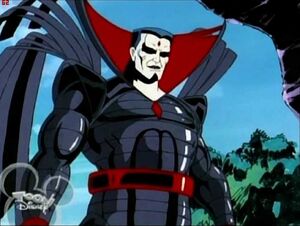 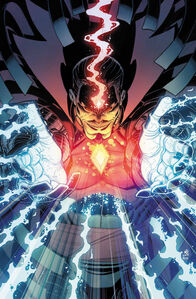 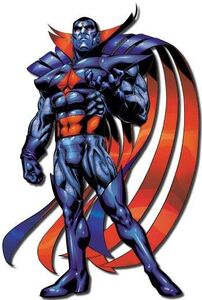 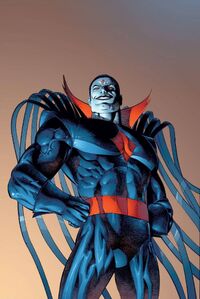 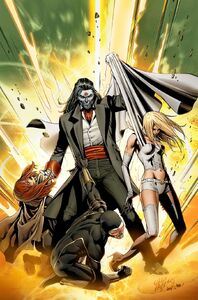 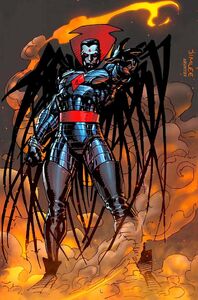 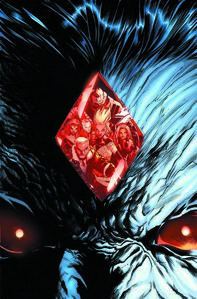 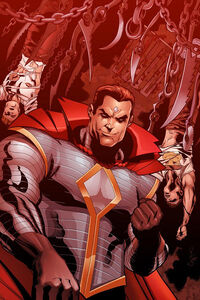 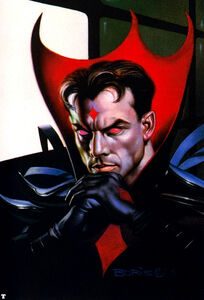 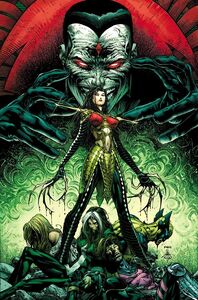 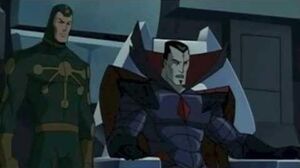 The great quotes of Mister Sinister