The Sovereign of Silence

Possession
Able to consume Crystal Hearts from her victims

Summon Pharaoh 90 onto Earth to wipe out all life.

Mistress 9 is the Sovereign of Silence, and the one commanding Doctor Tomoe and the secondary antagonist in Sailor Moon S. She is also known as the Dark Messiah and the Messiah of Silence.

Originating from the "Tau Ceti Star System", spawned from the essence of Pharaoh 90, the Daimon Egg containing Mistress 9 was implanted by Doctor Tomoe in the cybernetically modified body of his revived daughter Hotaru. As a result, Hotaru's body was frail and prone to seizures due to Mistress 9 momentarily taking over her host to relay orders to her subordinates.

But once ready to fulfill her mission, Mistress 9 takes complete control and altered Hotaru's body structure to an adult-like appearance while taking Chibiusa's Legendary Silver Crystal for her use in summoning Pharaoh 90 to Earth.

But as she needed to leave her host body to rejoin her creator to complete the ritual, Mistress 9 found Hotaru keeping her from leaving her body. But ultimately, Mistress 9 succeeds in ripping out of her host and melting back into Pharaoh 90's being when he begins to flood into Earth. But Hotaru resurrects as Sailor Saturn, driving Pharaoh 90 back to his galaxy white Sailor Pluto sealing the portal behind him.

Tomoe's daughter Hotaru was chosen to be the one possessed by Mistress 9, who then commanded him to extract Pure Hearts to find the Purity Chalice so she could awaken her master, Pharaoh 90. Once Sailor Moon got the Purity Chalice, Mistress 9 commanded Tomoe to extract Pure Hearts to feed to her. Eventually, Kaorinite brought her Rini, and she ate her Pure Heart and awakened in her true form. She then killed Kaorinite with a lightning bolt, as she did not need her anymore. She sent Tomoe after Sailor Neptune and Sailor Uranus when they entered, resulting in Germatoid leaving Tomoe and being killed by Sailor Uranus.

Mistress 9 tricked Sailor Moon and the un-possessed Doctor Tomoe into giving her the Purity Chalice, and she used it to summon Pharaoh 90, destroying the Purity Chalice. However, Hotaru was able to fight her from within, and overpowered her with her memories of her father and Rini, destroying her completely. 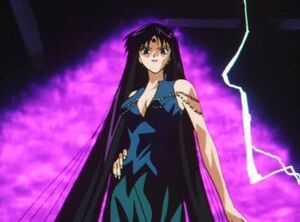 Mistress 9 is at her full power. 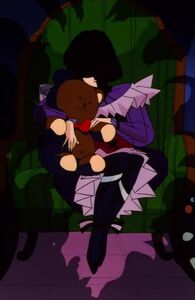 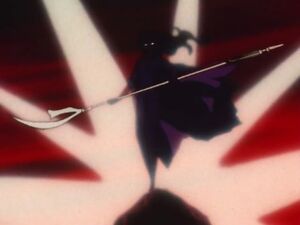 The Messiah of Silence aka the Sovereign of Silence. 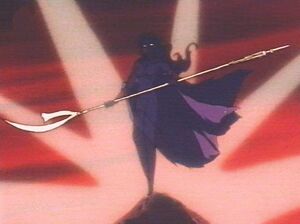 The Sovereign of Silence aka Mistress 9. 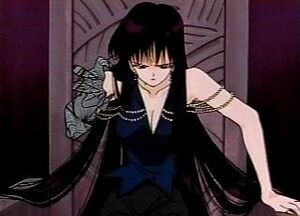 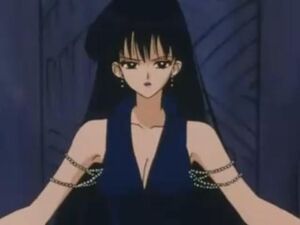 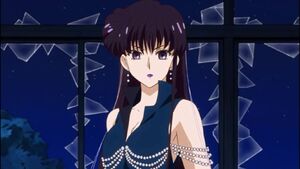 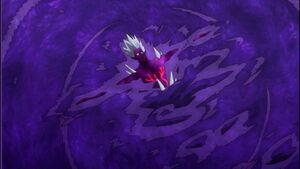 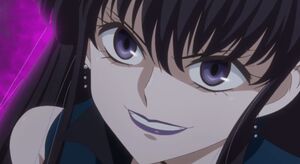 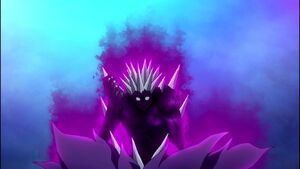 Mistress 9's final form
Add a photo to this gallery

Retrieved from "https://villains.fandom.com/wiki/Mistress_9?oldid=3410234"
Community content is available under CC-BY-SA unless otherwise noted.