Villains Wiki
Register
Don't have an account?
Sign In
Advertisement
in: Aliens, Phineas and Ferb Villains, Cartoon Villains,
and 50 more

Take over the universe (both failed).

Mitch, also known as "Big Mitch", is a recurring antagonist from the Phineas and Ferb series, appearing as the main antagonist in the episodes "The Chronicles of Meap" and "Meapless in Seattle".

He is an alien poacher who travels the galaxy, illegally capturing exotic alien species and holding them in his spaceship. His arch-nemesis is a small alien crime-fighter named Meap.

He was voiced by David Mitchell.

The Chronicles of Meap

Mitch first appeared in the season 2 episode "The Chronicles of Meap", when he captured Phineas, Ferb, Isabella, Candace and Meap in their spaceship, and brings them to his space station, where he show his collection of the alien species he captured. It also turns out that Mitch previously found a balloon named Balloony that was originally owned by Heinz Doofenshmirtz, and added it to his collection, naming it "Colin". Phineas, Ferb, and Isabella are unaware that Meap is a intergalactic criminal, but Meap is aware of this and warns Candace of it.

Eventually, Meap is about to engage into a fight with Mitch after revealing himself to him, but is trapped. Fortunately, Candace manages to free Meap, who then fights Mitch and easily defeats him. After tying Mitch up and forcing him to surrender, Meap takes his universal mustache translator, explaining to the kids of what really happened. Mitch was then taken away to be given a "time-out".

Mitch returned in the season 3 episode "Meapless in Seattle", in which he has escaped from his "time-out" and tried to find a lost jar of cutonium so that he could become the most adorable being in the universe and everyone would be so enamored of him that they would obey his every whim.

It was revealed that Mitch is actually in fact the same species as Meap (a species that lives and revolves around cuteness) and is piloting a tall robotic suit that he can control even while not wearing it. After Doofenshmirtz accidentally drank the cutonium, Mitch captured him and took him back to his evil lair where he drained the cuteness out of Doof and put it into himself. Mitch was defeated by Isabella who out-cuted him, and Meap, who blasted him down with his rainbow death-ray after Isabella depowered him. Mitch attempted to escape, but Candace threw her phone to close a door on him, pinning him to the ground. He was then imprisoned for another "time-out". 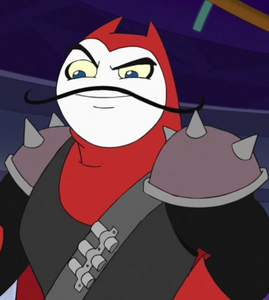 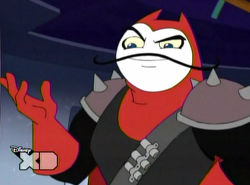 Mitch introducing himself to Phineas, Ferb, and Isabella. 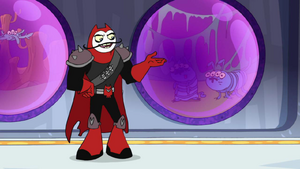 Mitch getting attacked by his nemesis Meap. 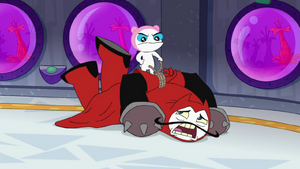 Mitch's first defeat as Meap ties him up, forcing him to surrender. 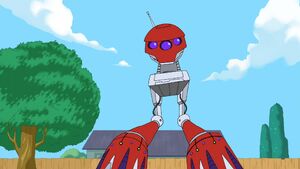 Mitch using his Pod Walker to attack the kids in the Flynn-Fletchers' backyard. 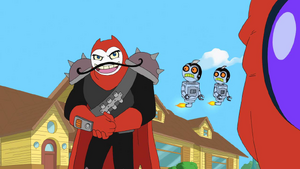 With the Pod Walker destroyed, Mitch plans to have the kids to lead him to the Cutonium. Mitch being confronted by Meap again, this time of his plan to obtain the Cutonium. 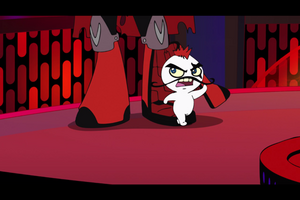 Mitch revealing his true form as he exits from his mecha suit. 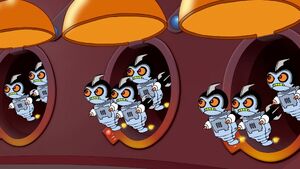 Mitch sending his robotic minions to stop the heroes. 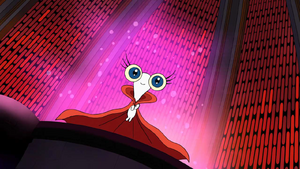 Mitch after infusing himself with the Cutonium, using his cuteness to subdue his enemies. 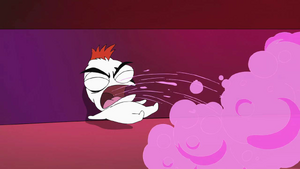 Mitch losing the Cutonium after being subdued by Isabella's actual cuteness. 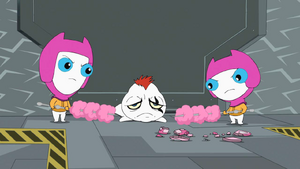 Mitch taken into custody after his failed attempt to escape.