Spread the identity of Ultraman Mebius to the world.

Contradictory Liar
Mitsuhiko Hirukawa is a minor antagonist in Ultraman Mebius. He is an unscrupulous journalist who is best known for his tabloid writing style and tried to ruin GUYS's reputation.

Initially appearing in Episode 28 of Ultraman Mebius, Hirukawa worked with Konomi Amagi's childhood friend to make a scandal around GUYS and ruin its reputation, he tricked the GUYS team to have a fight with Konomi's childhood friend due to a misunderstanding so that he can record the violent actions that GUYS did.

In episode 43, Hirukawa reappears alongside Aya Jinguji and when Mirai is having recreation with Aya, he taunts Mirai that the GUYS team has to complete their duty but Mirai is on a date and disobeying the team, but Aya rejected Mirai to talk with him. When Ace Killer arrived, he pushed Aya down and fled. After Mirai defeated Ace Killer, he teased and taunted Mirai that when monsters attacked the city and Ultraman struggled but Mirai instead relaxed.

However, when Yapool set a trap to another dimension, Hirukawa fell to the dimesion alongside Mirai and Aya. After they wake up in the Yapool dimension where the world is destroyed, Hirukawa blames Mirai for GUYS not being able to save the world from being destroyed. Then, Yapool strangled Hirukawa with his balloon and Yapool gave him a chance to live if Hirukawa shot Mirai with an enery gun. However after Hirukawa attempted to kills Mirai, Mirai parried it with Mebium Circle and the weapon ran out of energy to shoot. He then saw Mirai transform into Ultraman and when Yapool fired his energy at him, Hirukawa screamed and fled.

After they were free from Yapool's dimension, Hirukawa vowed to tell the rest of the world that Mirai was Ultraman Mebius. 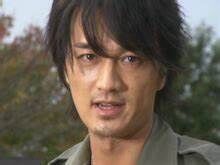 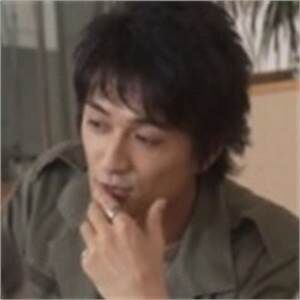