Head of his father's company

Anti-Villainous Mercenary
Mitsuru Sano is one of the 13 Kamen Riders of the Rider War as Kamen Rider Imperer and a minor antagonist in the third installment of Heisei Kamen Rider series Kamen Rider Ryuki.

Although Mitsuru came from an affluent family, he worked in a parking garage, occasionally cleaning rich people's cars. His father sent him out into the world so that he could learn the hardships of life and not be spoiled by a rich upbringing. However, due to his poor lifestyle, he believed friendship, respect, and love could be bought, and thus accepted Kanzaki's proposal to become a Kamen Rider in order to become rich and lead a happy life. He became a mercenary of sorts, attempting to sell his strength as a Kamen Rider to the various factions within the remaining Riders.

The monsters that attacked the group of Riders are shown to be the Contract Monsters of the new Rider. As they begin to fade, Tiger & Alternative Zero leave Mirror World and the rest follow closely behind including Imperer. Hideyuki calls his family to ensure their safety but does it in front of Tojo, Mitsuru goes and visits Hideyuki & Tojo and offers the same services for a price. In the middle of bargaining, they sense a monster. Mitsuru enters Mirror World to show off his skills as an ally.

Sano's contract with Kagawa was later cut off when Kagwa was killed (by Satoru), Ren is enraged by Shinji's decision to include Mitsuru as his comrade; but he still kept Satoru as a good friend and even hostelled him when Satoru was injured from battles before. It was then Satoru confessed his convictions and called Sano a friend.

Mitsuru, after being dumped as an ally by Tojo attempts to ally himself with Shinji, Kitaoka and Asakura, but none of them works,later he watches the battle between Satoru as Tiger and Asakura as Ouja ,to later have a little talk with him and rescue Satoru.

After his father died, he inherited his father's business and became the boss of a major company. Because of his new found lifestyle, he wanted to give up the Rider war and enjoy his wealth. However, Kanzaki reminded him of his contract with Gigazelle and its fellow Zelles as well as what would happen to Sano if he did not fulfill his side of the contract with them. Shaken, Sano decided to use part of his inheritance to buy the services of the other Riders, as he himself had tried to offer. Showing up at their doorstep with a suitcase of contract money, he appealed to Shinji and Ren, but was flatly refused. Sano tried the same tactics on Kitaoka, and seemingly succeeded, but Sano cancelled the contract days later after deeming Kitaoka "unreliable."

Sano's contract with Kagawa was later cut off when Kagawa was killed (by Satoru), but he still kept Satoru as a good friend and even hostelled him when Satoru was injured from battles before. It was then Satoru confessed his convictions and called Sano a friend.

Though Satoru was grateful to Sano for caring for him, he later back-stabbed Sano, who was later wounded and left for dead. Though he survived the attempt on his life (which Satoru thought he did finish Sano off), Sano was ambushed by Ouja while attempting to make his escape back to the real world. Ouja then destroyed Imperer's Advent Deck with his Veno Crash attack, making him unable to leave the Mirror World and dissolve within minutes, screaming and begging for help.

after Shiro use Time Vent to reverse so there's no Rider Fight in the first place. Mitsuru is not seen along with Jun and The Alternatives. it can be presumed that he revived too.

Mitsuru is a person who was obsessed with becoming rich. Having been disowned by his wealthy father, Sano became convinced that money was what truly brought happiness in a person's life, with financial poverty only further cementing this idea.

Since his introduction, Sano showed himself to have little to no honor as a person, constantly groveling to others with money or power. Even worse, Sano would easily betray anyone that trusted him, not caring how his actions would affect them. This extended to their own lives as well, with Yui nearly dying from Sano's betrayal.

Like other antagonistic participants in the Rider War, Sano quickly proved himself to be a manipulative individual, with an early example being how he had discretely sent a horde of his Zelle towards other Riders to determine their strengths. Yet, despite his craftiness, Sano was far from infallible, to the point of initially misjudging Asakura and Tojo as people he could trust. This, combined with his decision to attack the actually trustworthy Shinji would prove Sano's downfall.

For all of his negative qualities though, Sano was not without some postitive merits as a person, in contrast to the more irredeemable Ryuki Riders. Alongside having saved Tojo from his near brush with death, Sano would prove rather generous with the money he later inherited from his deceased father, to the point of offering hefty sums of it to others in exchange for favors. Most of all, he did show genuine concern for Yuri, to the point of fighting to protect her.

Imperer is a melee based Rider. He utilizes Muay Thai - Style attacks such as knee strikes enhanced by his Gazellevisor. He also uses the Spin Vent as his primary weapon. However, his biggest fighting advantage is in numbers, since his Contract Monster Gigazelle is accompanied by Megazelle and Omegazelle (later additions were Magazelle and Negazelle). His significant number of Contract Monsters can easily overwhelm other Riders.

However, Imperer's numbers strategy can be disrupted, forcing Imperer to fight Riders by himself. Another weakness is that the several Zelle monsters which assist Imperer in battle merely follow Gigazelle's orders, and often prove themselves to be inconsistent, randomly helping or attacking Imperer. 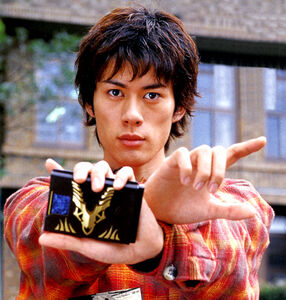 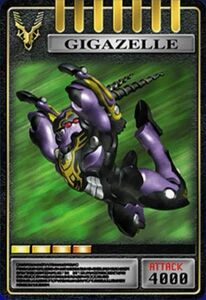 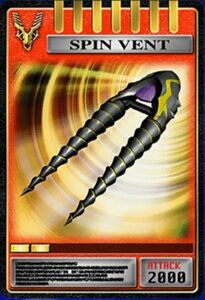 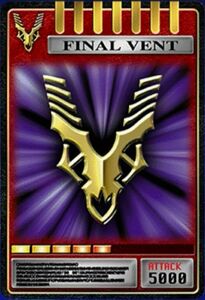 Final Vent (AP: 5000): Execute Drive Divider in which he summons a horde of Zelle Mirror Monsters to surround him and stampede the enemy. Imperer then emerges from the crowd and delivers a knee strike to the opponent's head. 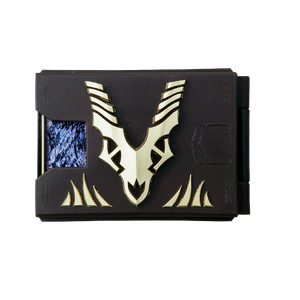 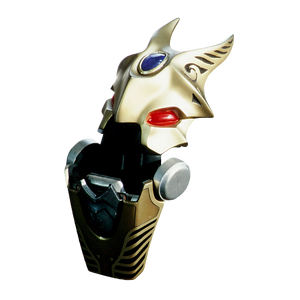 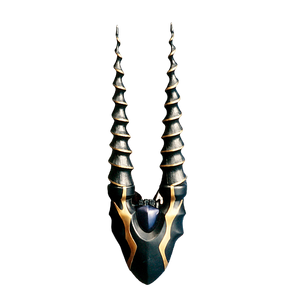